Another year has gone past and the Players Awards came around once again last night and it was yet again a great event. Hosted at the Manchester Suite in Old Trafford and with all the stars in attendance, it was the culmination of a great season by United that looked to recognise the stars and give them the recognition they deserved. Here’s a collection of pictures from the event and a quick summary on the winners of the prizes. 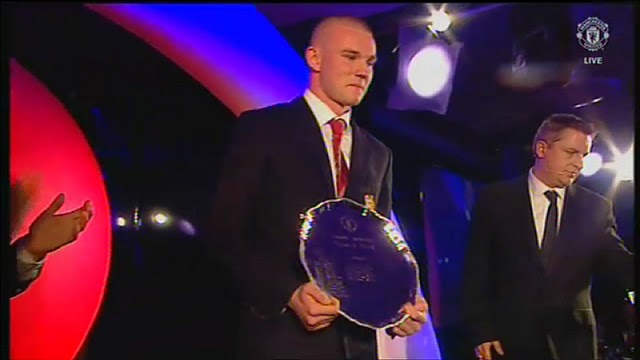 Oliver Gill won the Reserves Player of the Year award. With the height necessary for a defender, he has provided some stalwart performances this season in the reserves team and the future does look bright for the youngsters of Old Trafford.

Javier Hernandez picked up the Sir Matt Busby Fan’s Player of the Year Award last night after a debut season that saw him net 20 times. He is the first United player since Gabriel Heinze to pick up the award in his first season and the world is at his feet for next season, the possibilities are endless for what is one of the most promising young strikers in the Premier League if not the world.

Nani won the vote for Players Player of the Year at the awards ceremony and rightfully so. He has had a trophy season at United with 9 goals and 14 assists in 32 games and has finally shown the world what he is really capable of. SAF has put a lot of faith in Nani and it has had great dividends and the only way is up for Nani if he can build on what he has achieved this season. 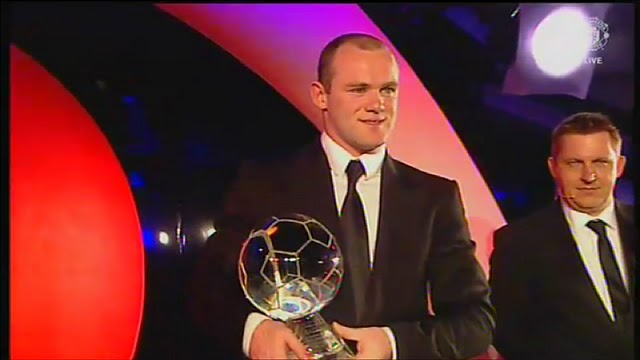 Unsurprisingly and deservedly Wayne Rooney walked away with the Goal of the Season trophy after his spectacular bicycle-kick gave United a 2-1 victory in the derby at Old Trafford. Since January, Rooney has re-found the form that helped him to score 34 goals in the 2009/2010 season and if he can have a positive off season, he could explode onto the Premier League once again next year.

Take a quick look at the video below to see the players accepting the awards and some small clips to remember how they earned the right win them.