Whichever way you look at Manchester United’s starting XI for Arsenal this weekend, it’s going to be makeshift.

With so many injuries to first-team players, United’s squad is really going to be stretched and we could see Darren Fletcher return to the starting line-up.

The Scot was a regular feature before Daley Blind signed but has since been on the periphery but with him and Carrick potentially both out for Arsenal, Fletcher may be drafted back in.

Defensively, Chris Smalling could make a return and Louis van Gaal may decide to break tradition to play two right-footed centre-backs as otherwise he’d have to leave Paddy McNair out.

Up front, James Wilson is once again in line to make his full debut and Robin van Persie should be chomping at the bit to score against his old club again. 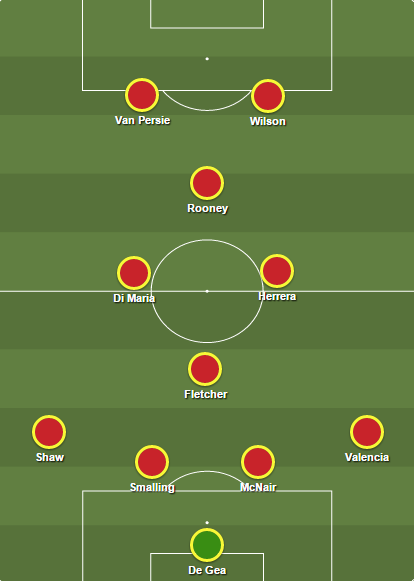 What do you think of this formation?