Angel di Maria is set to undergo an X-ray on his foot today after Nani’s bad challenge left him in pain last night during Argentina’s friendly against Portugal.

At this stage there is no confirmation as to whether Di Maria’s injury was nothing more than an impact but if he does miss Manchester United’s trip to Arsenal this weekend, how could the side line up?

It’s impossible to put in a like for like Di Maria replacement. Nobody in the side has his ability to dribble at such pace and if he was to be injured, United would have to adopt a different style. 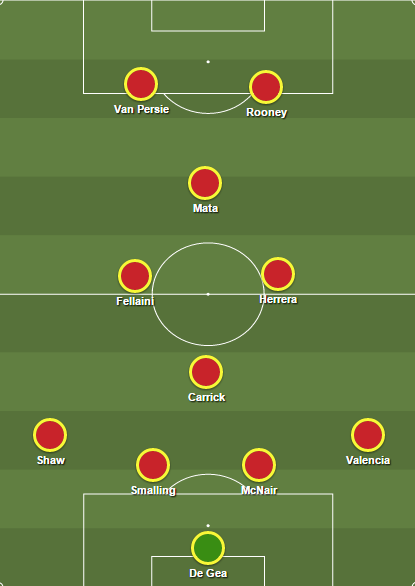 Wayne Rooney‘s goalscoring form with England could see Louis van Gaal use him further up the pitch than he has in previous games. When he gets on a hot streak, you have to take advantage of it. That would also free up the No.10 role for Juan Mata.

In midfield, Marouane Fellaini and Ander Herrera in front of Michael Carrick wouldn’t be a bad trio given how many injuries the side currently has.

As for the defence, it’s as good as it can be given the situation.