“He’s big he’s bad he’s Wesley brown, the hardest man in all of town, with orange hair beware, come and have a go if you dare.”

Wesley Brown might not be a Manchester United player any more but the United legend still wears the badge in every match.

Just like Nemanja Vidic at Inter Milan, Brown’s shinpads which he wears at Sunderland have United’s badge on them. 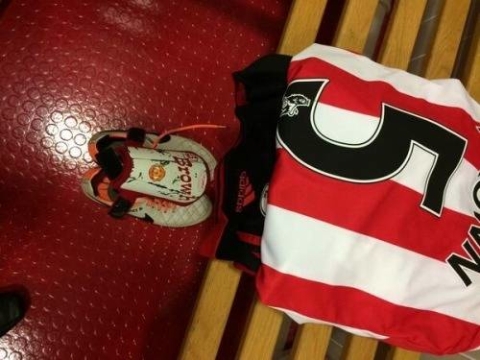 Brown will always be United through and through. Having spent his youth career in Manchester, Brown then went on to play for 15 years under Sir Alex Ferguson in the first-team before moving on to Sunderland in 2011.

He had a great career at United and even grabbed himself an assist in the 2008 Champions League final when his cross was headed in by Cristiano Ronaldo.

If Brown had better luck with injuries then he might have had an even better career at Old Trafford but he’ll always be remembered as a United lad through and through by fans.