Real Madrid are closing in on the signing of Cruzeiro midfielder Lucas Silva and the 21-year-old admits it would be a dream move for him.

Silva’s agent revealed there had been contact with Manchester United back in August and also re-affirmed talks took place when asked again later in November. 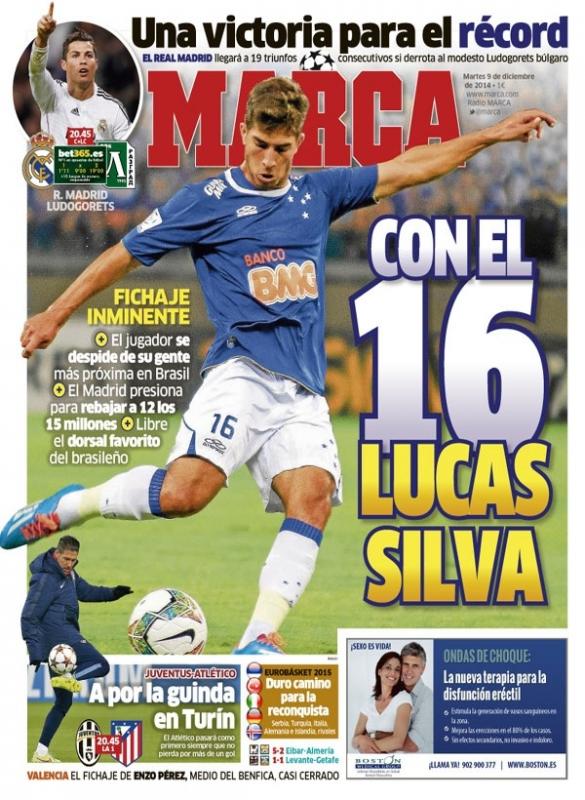 Silva responded to Ancelotti’s comments about tracking Silva and made it clear that a move to Madrid would be something he’d love: “I was happy with the news and also very surprised.

“At the moment it is just speculation, it would be important to my family because we are inside Goiás, a small town where I started playing I was being known and my family too.

“It would be the realization of dreams, comfort for all and perhaps already time to return the favor.”

Silva also revealed his desire to play alongside Cristiano Ronaldo: “Since childhood I have been following his matches from Manchester and now much more in the Real Madrid.

“I did not expect was going to happen so fast but all the dreams and goals that I have getting performed thanks to God and to play in Europe is a dream anymore.”