With the January transfer window coming up, we’re asking The Peoples Person contributors and inviting guests to name their ideal Manchester United XI including any new signings they would make.

With United spending £150m in the summer, money is there to be spent and Louis van Gaal will certainly be active in the next few transfer windows.

Our editor-in-chief Sam Peoples gives us his ideal starting XI to kick start this series which will run right through until the January transfer window opens:

“Defence is United’s kryptonite this season thanks to a succession of injuries to Evans, Jones, Smalling and Rojo. With that in mind, and the fact United have really missed having a leader, Atletico Madrid’s Diego Godin is my ideal addition for January.

“With an almost impeccable fitness record and some great experience under his belt having helped Atletico win La Liga last season as well as earn second place in the Champions League, the 28-year-old would be everything Van Gaal is looking for in a defender.

“Having Godin in the side would give United the stability, leadership and nous the defence currently lacks which is why he is my ideal signing.” 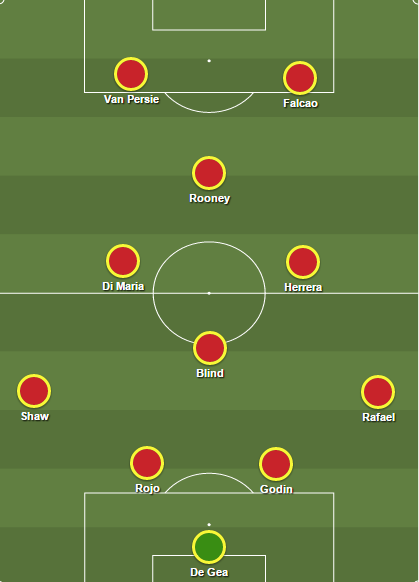 What’s your ideal Man United XI if you could sign anybody in January?