Louis van Gaal is set for a meeting with Ed Woodward to discuss transfers and will be given another £150m to spend on new players, report The Mirror.

Mats Hummels is singled out as the main transfer target while the likes of Nathaniel Clyne and Kevin Strootman are also considered.

The Mirror’s report also suggests that Van Gaal will try to complete a major transfer in January in order to ensure Manchester United are able to compete for the top four spot which is so crucial this season. 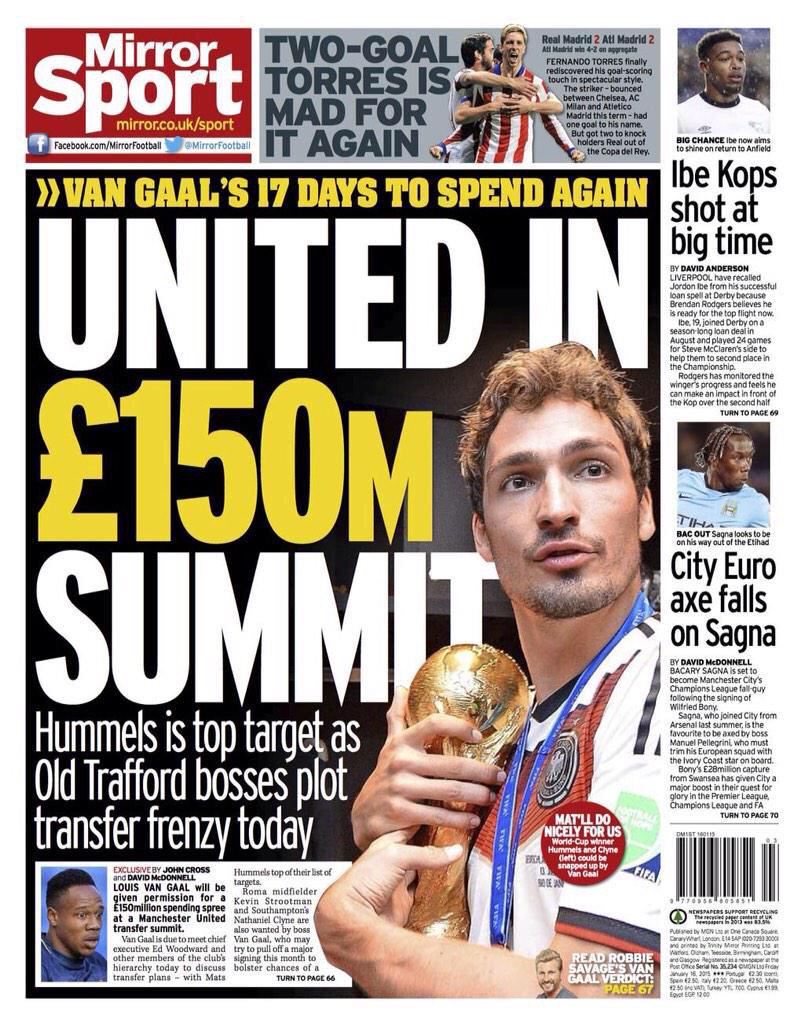 Given that Van Gaal is a meticulous man who enjoys nothing more than planning ahead, it seems strange that a big meeting about transfers would happen halfway through the January window. That being said, maybe circumstances have changed somewhat in light of recent results.

We’ve followed the Hummels, Clyne and Strootman stories since the very beginning and all three would be tough deals to pull off at any time, let alone in January.

The Mirror sounds confident about Van Gaal’s plans and the United boss may well be asked about it in his press conference tomorrow morning. We’ll bring you all the latest news from that as soon as it happens.