The cup competitions are always an opportunity for Manchester United to give youngsters an opportunity and while that may not strictly be the case this season under Louis van Gaal because of his desire to win the FA Cup, Andreas Pereira could be given a long awaited chance on Friday night.

The 19-year-old’s future at the club is currently a topic of debate after reports yesterday said he rejected Man United’s offer of a new contract.

With that in mind, what better way to show a youngster the future he could have at United than to play him in the first-team? 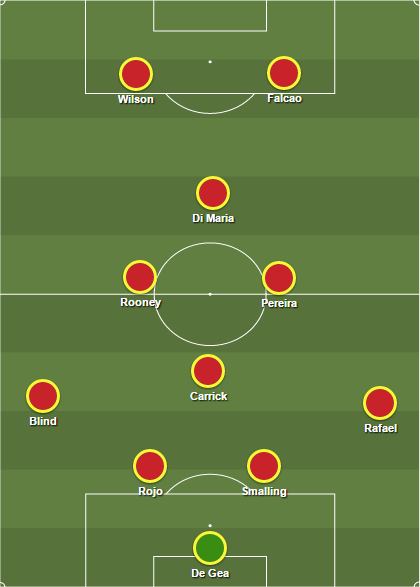 In a midfield quartet alongside Rooney, Di Maria and Carrick, Pereira would have plenty of experience around him and although it is only a game against League Two opposition, it is one he would strive to impress in given that he more than likely wouldn’t get many more opportunities this season.

It would be a debut in the FA Cup for Pereira who remains raw and unpolished at 19 but it will be chances like playing in an FA Cup game which will really help him, and any youngster for that matter, progress properly at United.