Exclusive: Insight into Nicolas Otamendi and what he’d bring to Man United

Sky Sports football pundit Gulliem Balague broke the news this week Manchester United had a £27 million for Valencia’s Nicolas Otamendi rejected but who is the Argentinian defender?

To gain some more insight into his playing style and how he could slot into Man United’s team, The Peoples Person sat down with La Liga football writer and broadcaster Andy West who kindly agreed to have a chat.

Valencia was a step up and very few players of genuine quality stay in Portugal for long. It is also highly significant that his agent is Jorge Mendes, who has been closely advising new Valencia owner Peter Lim. Lim’s deal to buy Valencia wasn’t complete at that stage but it was in the pipeline and Mendes was already influencing transfers on Lim’s behalf.

Did Valencia CF face stiff competition for his signature when they signed him last February?

A number of clubs were interested but Lim’s relationship with Mendes clinched it.

What are Otamendi’s strengths and weaknesses? What is his playing style?

He is an aggressive, powerful, committed centre half in the old-fashioned style. He is excellent in the air and firm in the tackle, and very brave. In terms of weaknesses, he’s not particularly good with the ball at his feet and isn’t the kind of player to play the ball out from the back.

How has Otamendi’s season been so far?

Excellent. Valencia have exceeded all expectations and he has been a major reason why. He was man of the match in the games against Barcelona, which was lost 1-0 to an injury time goal, and against Real Madrid when he scored the winner with a typically powerful header.

Where does Otamendi stand when compared to big name La Liga centre-backs such as Diego Godin, Sergio Ramos, and Raphael Varane?

On current performances, he’s just as good as them. Now he needs to prove he can sustain that standard of play.

Would Otamendi be interested to a move to a club such as Manchester United?

Of course. Even though Valencia are now in the money after Lim’s investment, they can’t afford anywhere near the kind of wages that United would offer. And of course United remain a highly prestigious club despite their current absence from the Champions League. However, Otamendi may feel a move in the winter transfer window would be too soon. But ultimately it will probably come down to what Mendes wants. 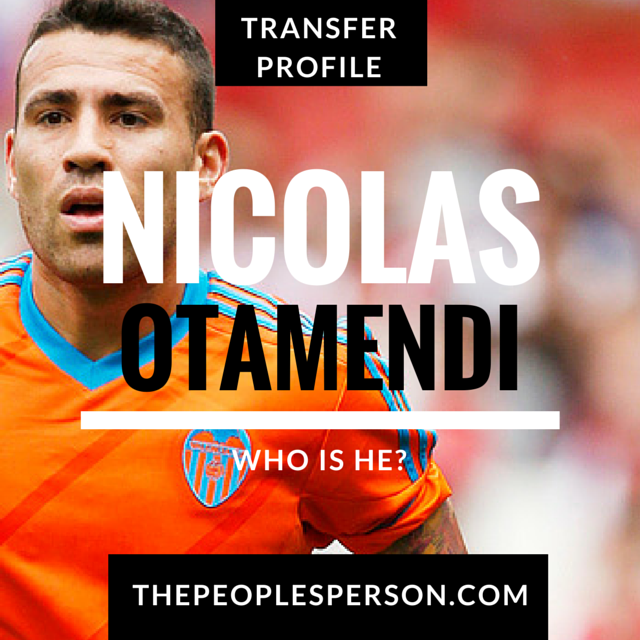 Ravi is a Features writer for The Peoples Person and contributes with insightful pieces into potential transfer targets as well as some of our younger players.