Both Luke Shaw and Robin van Persie were missing from Manchester United’s 2-0 triumph over QPR last weekend and if they are fit, Louis van Gaal could want to see them back in action straight away.

A big believer in players having match rhythm as well as match fitness, Van Gaal will be keen for Shaw and Van Persie to get as many minutes under their belt as possible. The fact Cambridge should be a less intense game than the Premier League should also make it more appealing for the United boss.

We’ve stuck with the controversial 3-5-2 formation simply because Van Gaal has a penchant for it and is willing to sacrifice some of United’s attacking threat in order to stay defensively stronger.

Having Shaw straight back into the side after a mysterious injury ruled him out QPR last weekend would be good news and Van Persie would have a point to prove after Falcao and Wilson’s industrious performances away at QPR. 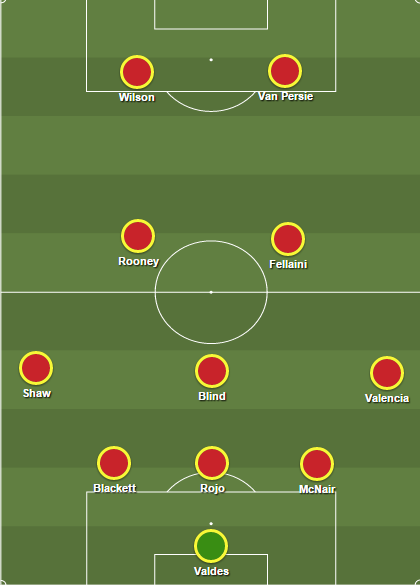