Manchester United’s Joe Rothwell was handed his full debut for Blackpool last night in their game against Brentford but the 19-year-old probably now wishes he was left on the bench.

Ten-man Blackpool were demolished 4-0 by Brentford in a systematic and relentless destruction which could have seen them concede more than four goals were it not for an inspired goalkeeping performance from Joe Lewis.

Rothwell started for Blackpool in his natural midfield position but the game changed for him when Charles Dunne got himself off as it put them on the back foot for the rest of the game having already been two goals down.

As far as stats go, Blackpool’s game against Brentford was as one sided a match as you are ever likely to see: 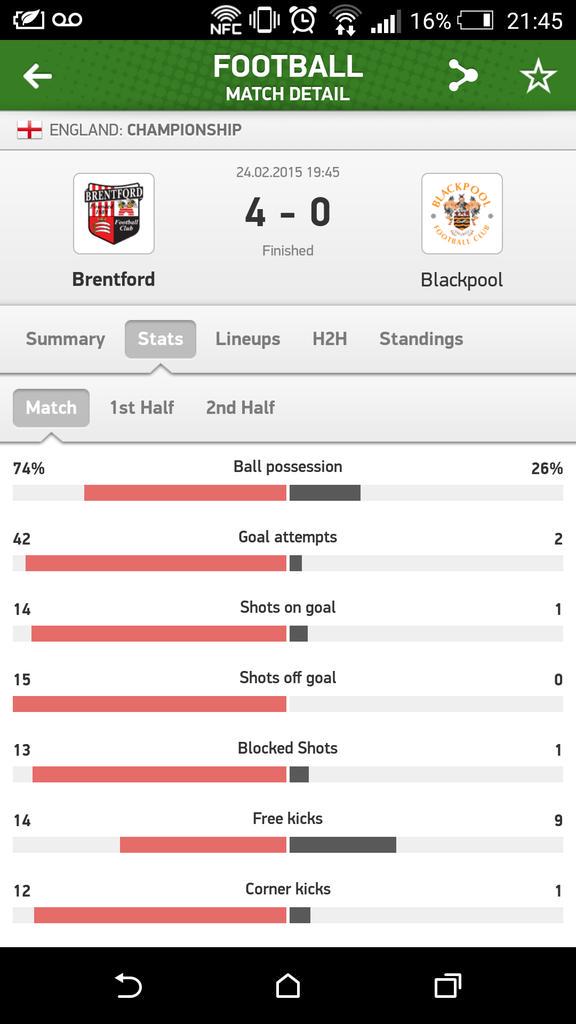 Fans of Rothwell will be disappointed to see him have to endure such a nightmare debut and with Blackpool sitting rock bottom in the Championship, there could be a lot worse to come for the youngster.

One positive to take out of Rothwell’s loan, whatever the outcome of Blackpool’s season, is that he will come back to Man United having been at an experienced football at a relegation threatened club, something which should spur him on to make sure he is successful at United.