Angelo Henriquez capped off a fantastic season with Dinamo Zagreb this weekend by scoring a hat-trick in their final game which sealed their Croatian league title.

The 21-year-old finished the year with an amazing 20 goals in 22 league appearances and although the Croatian league is far from the level of the Premier League, that sort of consistency is impressive from any striker.

Much has been reported about Henriquez’s future over the course of the season. Although Dinamo Zagreb officials claimed a deal to sign him on a permanent deal had already been agreed and Henriquez himself said he wanted to join the Croatian side, he then backtracked on those comments at a later date which means his future is currently unresolved.

As Manchester United are going to be in the market for a new striker this summer given that Radamel Falcao is all but guaranteed to leave and Robin van Persie isn’t getting any younger, surely Henriquez has shown enough promise this season to get an opportunity on the pre-season tour? 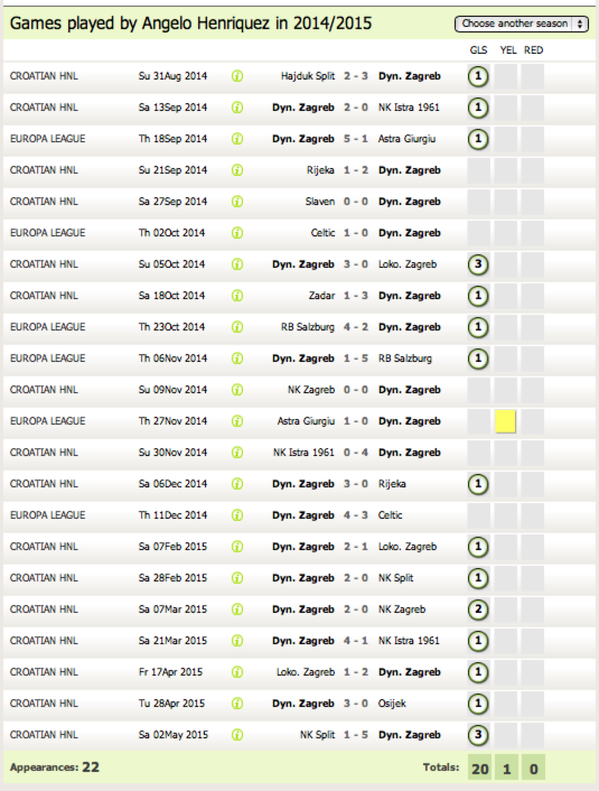 Henriquez was signed by Sir Alex Ferguson a year earlier than planned following successful trials at the club because United feared he would be snapped up by another club. They spotted some potential.

The Chilean striker has followed through on that this year with his performances but now it is up to van Gaal to decide whether he wants to give him that chance.