Despite Di Maria’s superb start to life at Old Trafford, where he scored 3 goals in 5 games, the Argentine has failed to find the net in the league since, but has racked up double figures in assists despite being largely on the bench.

It has to be taken into account that Depay is playing in a weaker league, but the Dutch star has hit over 20 goals in the Eredivisie, impressive for a player that isn’t an out-and-out striker.

It makes Di Maria’s spot in the team even more precarious, the midfielder hasn’t started a match since he was sent off against Arsenal in the FA Cup, with Juan Mata shining in Di Maria’s absence and the Spaniard has started every game since. 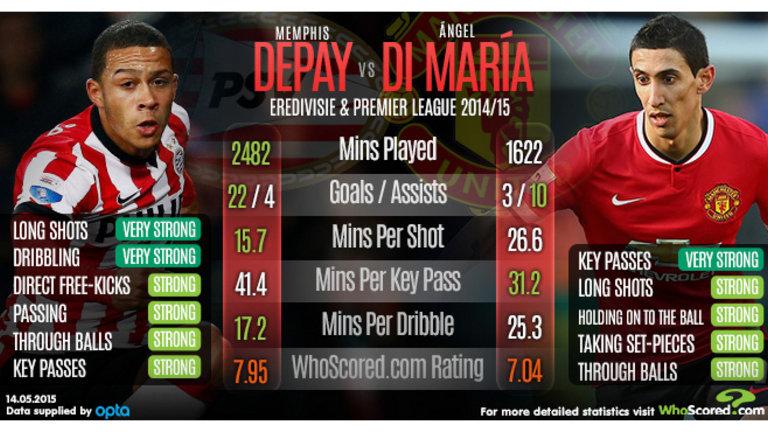 With Ashley Young in good form on the left hand side, it’s difficult to see where Di Maria fits back in, with Louis van Gaal favouring the unconventional Marouane Fellaini in the player’s favoured left midfield role.

The left of a midfield three is where Di Maria started his Old Trafford life, but he has struggled when deployed on the right wing. If he does return on the wing, it appears Mata will be under threat, with Depay challenging Young for his spot when he arrives this summer.

Despite being dropped, Di Maria came off the bench against both Liverpool and Aston Villa to set up goals and he does undoubtedly have the talent, this week’s match against Arsenal could be a good opportunity to show it with the pressure now off.