Manchester United midfielder Ander Herrera has reacted to reports suggesting he is already looking to return to Spain after one season in England.

Quotes from Herrera in national newspapers about him returning to former club Real Zaragoza started to circle earlier in the week, but it didn’t take long for the quotes to be taken wildly out of context.

Whilst most papers twisted his words and made a suggestion Herrera was unhappy in Manchester and wanted to leave, Herrera simply stated he’d like to return to his former home at some stage in the future.

Herrera had an excellent first season in Manchester, adding goals and a considerable amount of talent to a previously lacklustre midfield, and he certainly looks at home in the company of fellow Spaniards Juan Mata and David de Gea. 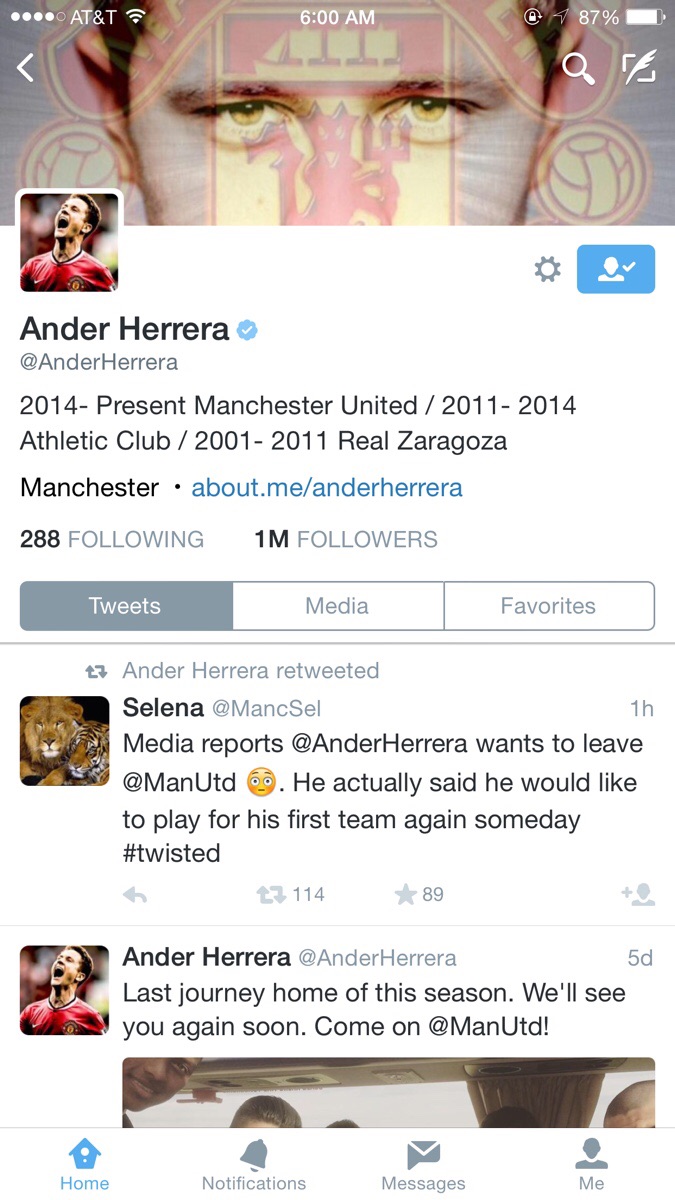 Whilst rumours of an immediate move away looked more substantiated when Herrera was constantly out of the starting line-up earlier in the season, the midfielder quickly became a crucial part of United’s team, potentially their best player in 2015.

His impact hasn’t been great enough to gain inclusion into the Spain squad for the first time, with Mata also missing out whilst De Gea is now a permanent fixture in the squads.