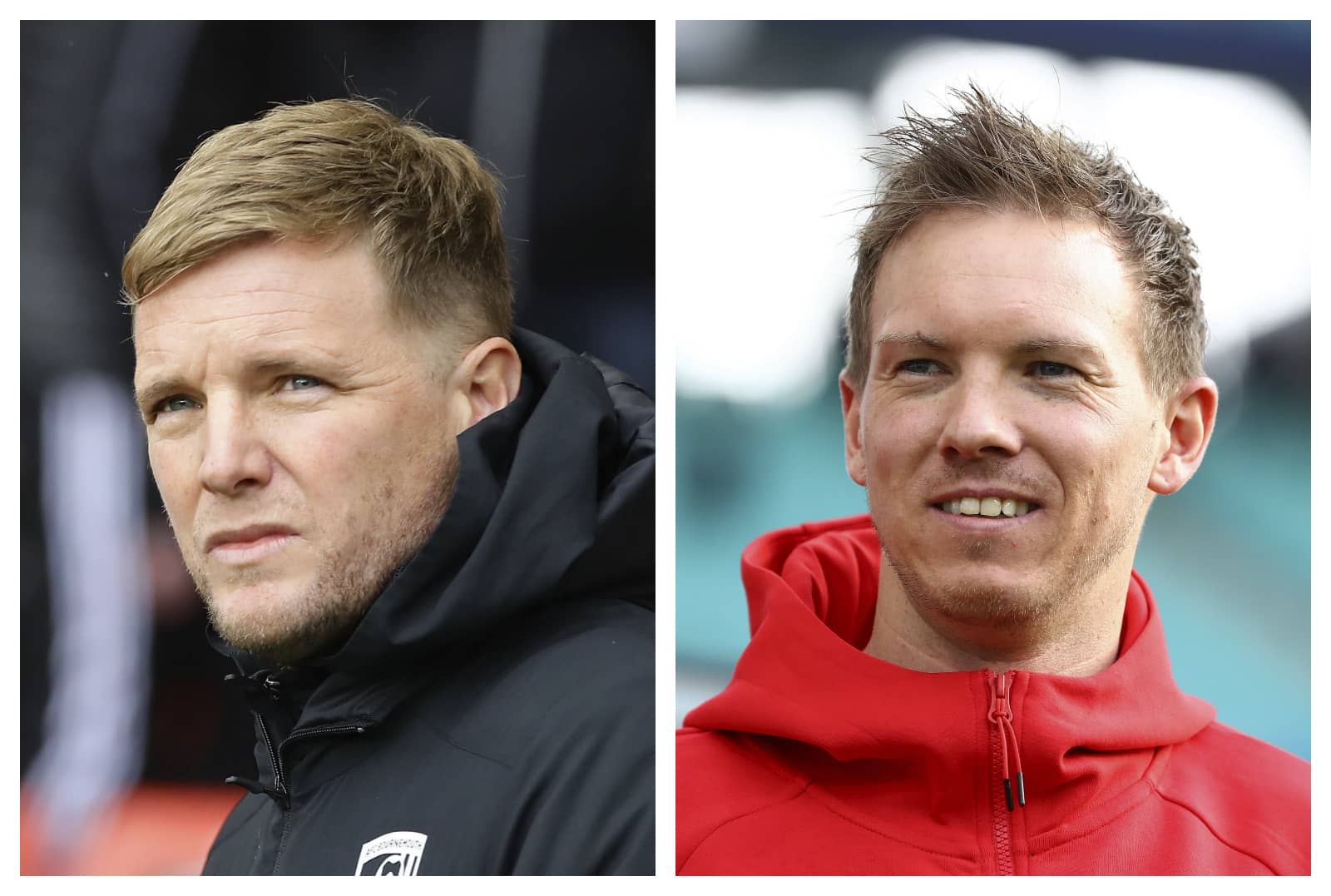 Mauricio Pochettino: who are Man United’s alternatives as manager?

With various reports claiming that the Argentinian would prefer the City job and with Solskjaer struggling with problems both on the pitch and off it, the Red Devils might have to start looking elsewhere for a new manager.

The other big name in the frame is Italian Massimiliano Allegri. It’s a natural connection – Allegri is considered one of the best managers in the world and guided Juventus to five consecutive Scudettos and four league and cup doubles in his five years at the club – an almost flawless achievement. He was controversially sacked after Juve were knocked out of the Champions League by Ajax in last season’s quarter final.

Allegri is reported to want the United job, so you would think he has to be favourite to take over the reins at Old Trafford if Poch goes elsewhere.

However, there are a couple of issues with Allegri. Despite his amazing success at Juve, his record at previous club Milan was much less stellar. He did win the Scudetto in his first year at the club, but he did so with a team so rich in talent – including the likes of a 28-year-old Zlatan Ibrahimovic, Thiago Silva, Alessandro Nesta, Clarence Seedorf and Robinho – that it was almost expected. He was sacked by the Rossoneri half way through the 2013-14 season with the team lying in the lower half of Serie A. His 51.4% win rate with Milan is as disastrous as his 70.48% win rate with Juve is impressive.

Another issue with Allegri is that he has no experience of managing outside of Italy. Allegri’s knowledge of the English game and his ability to adapt his tactics to suit it are unknown factors that may affect his chances of success.

But perhaps most importantly of all, Allegri’s preferred playing style can hardly be seen as a good match for Manchester United. His is a patient, possession-based, cautious style. Indeed, despite the success he achieved at Juve he often came under criticism for his dull tactics and after Louis Van Gaal and José Mourinho, this is the last thing that United fans want to see at Old Trafford.

Max Allegri had a lengthy and fascinating discussion on the #Juventus DNA, pursuit of result rather than style and proving “football is not an exact science, it's an art.” https://t.co/kuBJnb8k1f #SerieA #UCL #JuveToro #JuveTorino pic.twitter.com/fJuxHonC1k

Who then does that leave in the frame? The Old Trafford hierarchy have tried the experienced, the flamboyant and the club man – and none have brought success back to Old Trafford. So perhaps it is time to go for someone young, with fresh ideas and a modern approach to the game.

One option is Bournemouth’s Eddie Howe. What the 42-year-old has achieved at Bournemouth is nothing short of incredible.

When Howe first took the reins at Dean Court in January 2009, the club was 10 points adrift at the bottom of League Two and facing extinction. The Cherries had started the season on -17 points because they had been fined for insolvency. But 31-year-old Howe steered them to one of the greatest escapes that football has ever seen as they avoided relegation on the last day of the season. He immediately then went on to lead them to promotion to League One in his first full season as manager.

Howe joined Burnley mid-way through the following season but left Turf Moor for family reasons in his second season. He then rejoined Bournemouth in October 2012 when they were mid-table in League One – pretty much where he had left them. He then immediately secured the club’s promotion to the Championship. Two years later, he led the Cherries to the Premier League.

Incredibly, Bournemouth have survived for five more seasons at the top level and even though they are in a relegation battle this term, Howe’s achievement at Dean Court is one of the greatest feats in the history of football management.

But this is no Wimbledon Crazy Gang. What is most remarkable about Howe’s success with Bournemouth is that he has done it playing attractive, attacking football.

Howe is still only 42 years of age and knows the Premier League inside out. The only question mark over him is that he has no European experience nor experience managing a big club. The latter could be mitigated by appointing a director of football. But despite this gamble, Howe would be an incredibly positive and exciting signing for the Red Devils.

If 42-year-old Howe seems young, how about a 32-year-old? That is the age of one of the most talked about managers in world football, Julian Nagelsmann. The German, known as ‘the mini Mourinho’, was appointed head coach of 1899 Hoffenheim in October 2015 at the tender age of 28, thus becoming the youngest manager in Bundesliga history. Hoffenheim were 17th in the Bundesliga when Nagelsmann took over, 7 points from safety. He steered them to victory in 7 of their remaining 14 matches and finished a point above the relegation playoff spot. The following season, Hoffenheim finished an incredible fourth and qualified for the Champions League for the first time in their history.

Nagelsmann then moved to Red Bull Leipzig at the start of this season. It has been an almost perfect start for the young manager. Red Bull are lying top of the Bundesliga with 45 points from 23 games, two points above the mighty Bayern Munich and three points ahead of Borussia Dortmund.

In the club’s first season in the Champions League, Nagelsmann guided Leipzig to the top of Group G and all eyes will be on them on Wednesday as they face Spurs in the first leg of their last 16 game.

Nagelsmann is another attack-minded coach and loves to employ the high press that has been Ole Gunnar Solskjaer’s trademark at Old Trafford. Like Pochettino and Howe, the German would therefore represent a natural transition from the Norwegian in terms of team construction and mentality.

Whilst a 32-year-old with no Premier League experience would obviously represent a huge gamble for the Red Devils, there is a star quality about Nagelsmann that is reminiscent of a young Jurgen Klopp and it has been reported that he is indeed on United’s radar as they weigh up managerial options.

Although the likes of Pochettino and Allegri are much safer bets and more likely to become Manchester United’s next manager, in Howe and Nagelsmann the Red Devils have two exciting and potentially explosive alternatives who could breathe new life and instill visionary ideas into the increasingly torpid first team coaching set up.