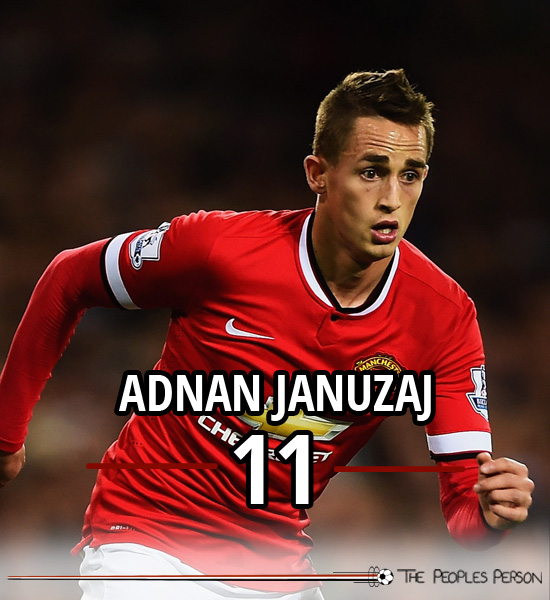 Adnan Januzaj came through Anderlecht’s youth system before he signed for Manchester United in March 2011, aged only 16.

The Belgian international first appeared in Man United’s U18s and made an encouraging start, showing himself as a promising technical player before he was halted by injury.

He impressed again as he moved up to the under 21’s team and earned praise from Sir Alex Ferguson for his performances.

Januzaj won the Reserve Team Player of the Year that season and carried that good form into the next season for the first team. After an impressive pre-season, the Belgian made his competitive debut for Man United in a 2-0 win over Wigan in the 2013 Community Shield as a substitute. He made his league debut a month later as a substitute against Crystal Palace.

However, Januzaj first made a major impact in his first league start away to Sunderland in October 2013. The Belgian scored two fantastic goals to win the game for Man United and he continued to impress throughout the campaign.

His debut season ended with a respectable four goals and three assists in twenty-seven league appearances. He was one of few positives in David Moyes’ otherwise forgettable tenure as manager.

Following that campaign, Januzaj elected to play for Belgium in the 2014 World Cup, although he had also been eligible to play for Albania, Kosovo and Turkey. He made his official Belgium debut as a substitute against Tunisia in June 2014.

Januzaj has struggled to hold down a starting place under Louis van Gaal.