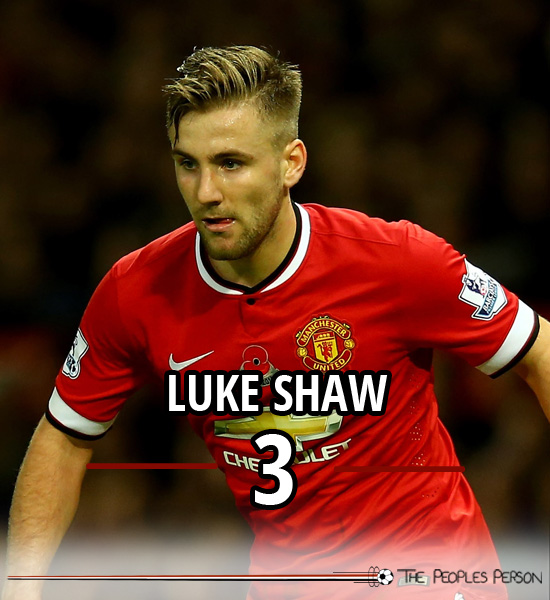 Luke Shaw joined the Southampton Academy at the age of eight and quickly showed his potential by becoming a regular in their U18s team from the age of 15.

In 2012, at the age of 16, he made his first-team debut for Southampton and then later that year he became the youngest Southampton player to start a game in the Premier League when he played against Swansea City.

However, on 27 June 2014 Shaw signed a four-year contract with Manchester United for an undisclosed fee thought to be in the region of £30 million which would have made him one of the most expensive teenagers in world football.

His United career has been stop start so far with a couple of niggling injuries affecting his run of games but when fully fit he has shown glimpses of his undoubted quality and United fans remain convinced that he will fulfill his potential and more than justify his transfer fee.

Shaw has also played at every level for England and was named in the 23 man squad for the 2014 World Cup in Brazil. He made his debut in the last group game against Costa Rica thus holding the accolade of being the youngest player to appear at the tournament.