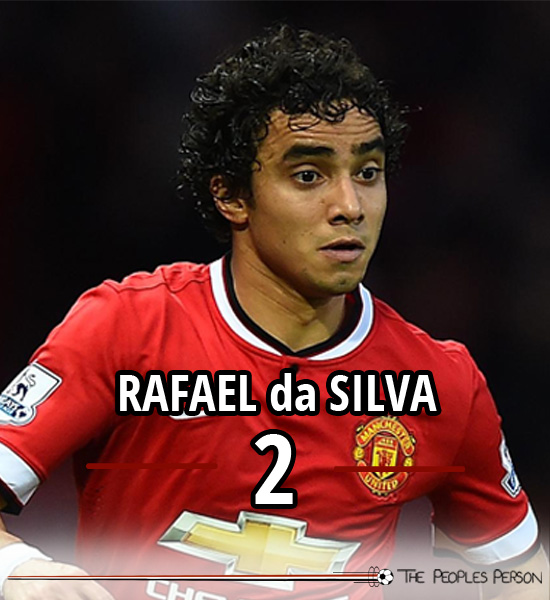 Rafael da Silva and his brother Fabio both joined Brazilian side Fluminense when they were 11 years old. Although Rafael initially began as a striker, he was converted to a defensive role by the youth team coach.

After they played in the Nike Premier Cup in Hong Kong in 2005, the two brothers were spotted by a Manchester United scout who recommended the twins to Sir Alex Ferguson. Rafael and his brother then completed the move to Man United in January 2008 without ever playing for Fluminense’s first-team.

Rafael made his first appearance for United in a pre-season friendly against Peterborough United but had to wait to turn 18 before he could register for the club.

At the end of his first professional season, Rafael was nominated for the PFA Young Player of the Year award but was beaten by his future team-mate Ashley Young.

His success in his first year at the club earned Rafael a two year contract extension to keep him with the club through 2013.

In 2012 Rafael was given the no.2 shirt which was previously warn by Gary Neville who retired the year before.

After the departure of Sir Alex, Rafael struggled to maintain his position as United’s established right-back. He played occasionally under managers David Moyes and Louis van Gaal but has not had the same impact as his previous seasons.

On the international side, Rafael has represented Brazil at the youth and Olympic levels, but has yet to break through to the senior team.