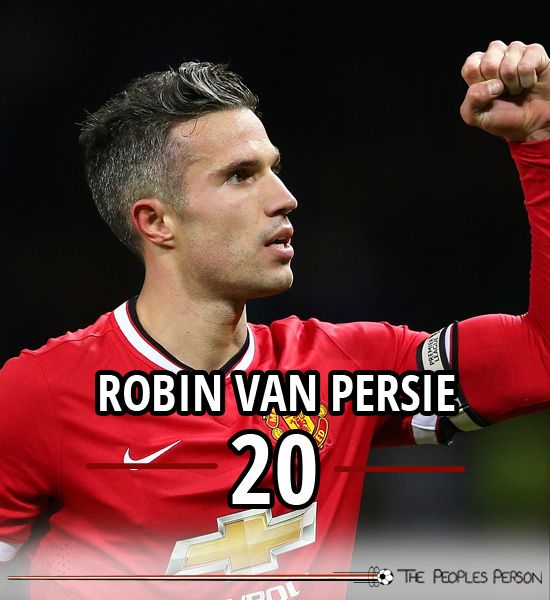 Robin van Persie joined SBV Excelsior aged just five and remained with the Dutch side until he was 15 when he moved to Feyenoord due to issues between his former coach and his mother.

Van Persie made his first-team debut for Feyenoord at age 17 and earned 15 starts during the 2001/2 season.

After a strong start to the following season, van Persie was demoted to the reserves due to issues with his manager which led to his move to Arsenal in 2004. His debut for Arsenal came in their 3-1 victory over Manchester United in the Community Shield.

He went on to become Arsenal’s eighth all time top scorer with 132 goals and became the second player to score against 17 different sides in one campaign.

Despite a long affiliation with Arsenal, van Persie announced he would not renew his contract with Arsenal and moved to Manchester United in 2012.

Van Persie scored on his first shot for the club in a 3-2 victory over Fulham and went on to lead United to their 20th league title which they secured four games before the end of the season.

He was sidelined at the start of the 2014/15 season due to time off and lack of fitness from the World Cup but worked his way into the squad again and scored key goals like his late equaliser against Chelsea early in the campaign.

A string of injuries during the second half of the season have prevented van Persie from playing a key role in United’s season.