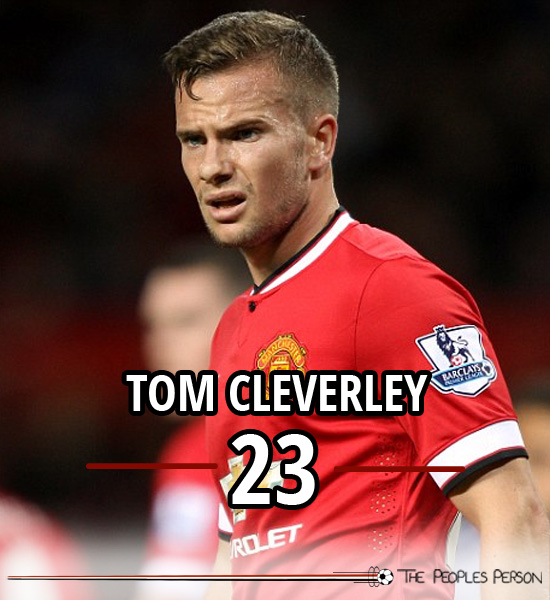 Tom Cleverley is one of Manchester United’s longest members having been with the club since he signed as a trainee in 2000.

After becoming a regular in the U18s, Cleverley was handed his first chance in the reserves in February 2007 but was halted with a seven month injury absence only a month later.

He made an encouraging comeback and established his place in the reserves before being loaned to Leicester City midway through the 2008/09 season where he went on to help them achieve promotion to the Championship. His next loan came at Watford where he scored 11 goals in 33 appearances and won the team’s Player of the Season award.

Cleverley’s progress continued as he moved on loan to Wigan Athletic in the Premier League. He again became a regular player and scored four times in 25 games to help Wigan avoid relegation.

His Man United debut came as a substitute in the 2011/12 Community Shield and he provided an assist for a great team goal in a 3-2 win. He started the first four league games that term and looked ready to establish himself in Man United’s first team but injuries limited him to only 11 more appearances.

Cleverley made his England debut at the start of 2012/13 and then played 32 times in Man United’s Premier League winning campaign.

Cleverley again made a respectable thirty-one appearances for Man United in the 2013/14 season, but his performances were bemoaned by fans before he suggested he was the ‘scapegoat’ for the team’s struggles.

He appeared once under Louis van Gaal before he was loaned out to Aston Villa.