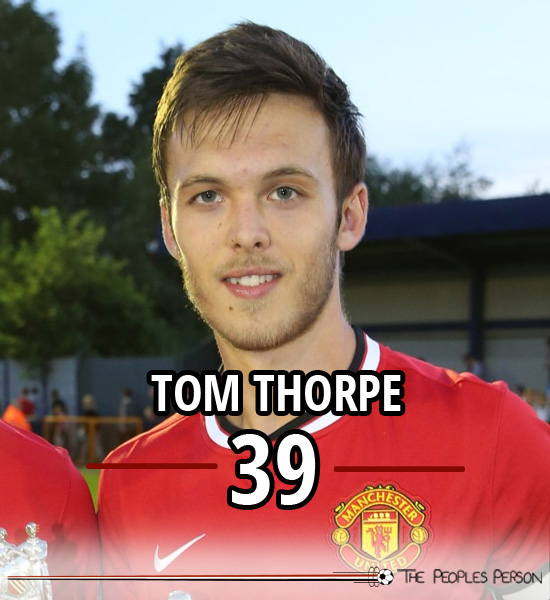 Manchester-born Tom Thorpe joined the Academy at 16 and his time at United has seen himself and the Reds lift several pieces of silverware. The 22-year-old is one of the last men left standing from the victorious FA Youth Cup winning side of 2011. He captained the side, which included Paul Pogba and Ravel Morrison, to victory while playing in every match.

A consistent performer, his form was crucial in the 2012/13 Barclays U21 Premier League title winning campaign and he was nominated for player of the season but narrowly lost out to Adnan Januzaj.

Thorpe spent the latter part of the 2013/14 season on loan at Birmingham City, his first loan spell away from United. However, his professional debut was cut short with a serious injury but he returned to the Blues after he regained his fitness.

At the start of the 2014/15 season he lifted the Manchester Senior Cup after a 4-1 victory over local rivals Manchester City. A lifelong Reds supporter, Thorpe finally made his first-team debut in the 2-1 victory over West Ham in September 2014, as he came on as a late substitute for Angel di Maria.

Thorpe has played for England at every level from U16s to U21s. He was part of the U17s winning squad in the 2010 European Championships, then two years later he led the U19s to the Euro semi-finals. The defender was named as part of Peter Taylor’s squad for the U20 World Cup and has also been capped for the U21s.