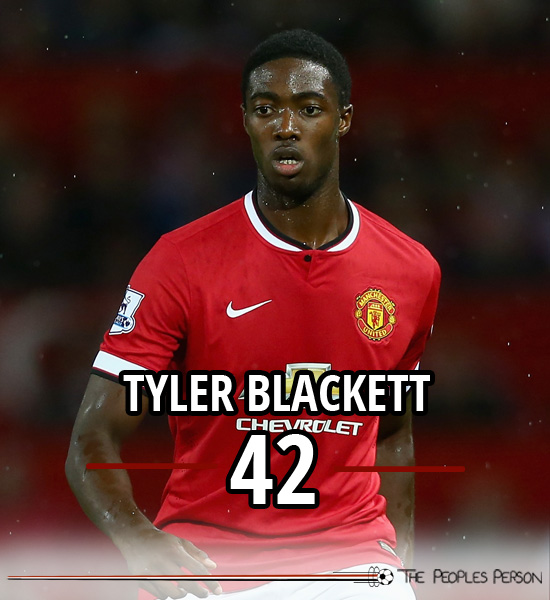 Tyler Blackett joined the Manchester United academy as an eight-year-old in 2002.

Blackett was part of Manchester United’s FA Youth Cup winning squad and is known to be a left-back by trade. He has also been utilised as a left-sided central defender and even as a left sided midfielder by Warren Joyce in the reserves and U21s.

These attributes prompted his inclusion in the 2012 first-team pre-season tour where he featured twice.

However, Blackett didn’t receive any more opportunities under Sir Alex Ferguson in the Scotsman’s’ final season and only managed ten appearances in the U21s.

As a result of this, the England youth international moved to Blackpool in search of more games in November 2013 for two months before moving to Birmingham City in January 2014 for the rest of the season.

Blackett had a turbulent time in the Championship. After conceding a penalty on his debut for Birmingham City against Derby, he failed to come to grips with the sheer intensity of England’s second division and couldn’t hold down a regular place at St Andrews, much to the disappointment of Birmingham City supporters.

Upon his return to Manchester, Blackett was a surprise inclusion in the first-team tour of the United States in the summer of 2014 under Louis van Gaal. The newly appointed manager was impressed with how comfortable the defender looked as a left sided centre back in a 3-5-2 system. His powerful displays in victories over Roma, Inter Milan, Liverpool and Real Madrid saw him earn his debut on the opening day of the 2014/15 season against Swansea City.

Blackett managed to keep his place in the side until he was sent off in the fifth match of the season against Leicester City.

However, in light of a contract extension on 26 February 2015, it seems that the Blackett is very much an important part of the Dutchman’s plans for the future.