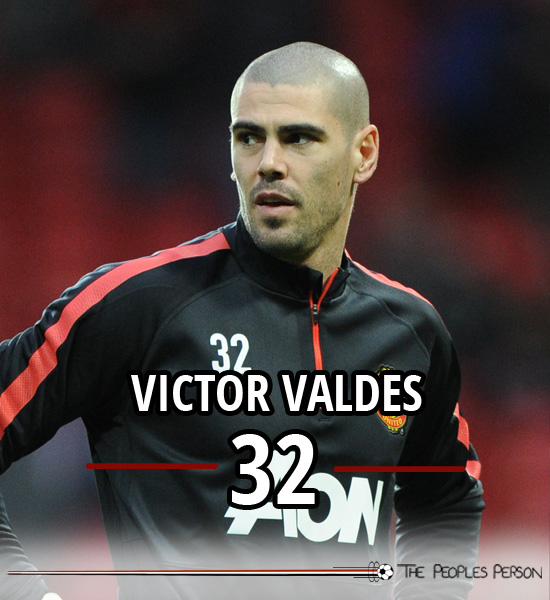 Victor Valdes rose through the ranks of Barcelona’s youth system and became the senior team’s first choice goalkeeper in the 2003/4 season having been given his debut by Louis van Gaal.

Valdes is widely regarded as one of Barcelona’s all time greatest goalkeepers as he made 535 appearances in 12 seasons and has won 21 major trophies including three Champions League titles.

Valdes began the 2014/15 season without a club and despite interest from Monaco and Liverpool, he began training with Manchester United in October before officially signing for the club in January.

On the international side, Valdes struggled to establish his place with the likes of Iker Casillas and Pepe Reina above him on the totem pole.

Valdes has been named on Spain’s 2010 World Cup and Euro 2012 rosters despite not playing in either tournament. His sole major tournament appearance came against Nigeria in the 2013 Confederations Cup in Brazil.

Man United fans have been impressed with Valdes’ attitude and work ethic since his arrival at the club. He has played for the U21s side and has served as a mentor for United’s other Spanish goalkeeper, David de Gea.