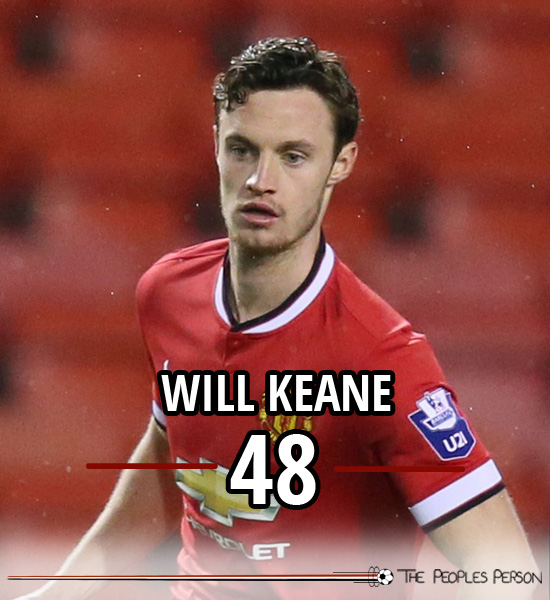 Will Keane worked his way up through the Manchester United’s youth academy and his first appearance for the U18s came in 2007 against Sheffield aged 14.

Keane’s next appearance for the U18s came two years later against Stoke City.

The following season, Keane became a regular starter for the U18s and he scored 13 goals in 26 games including a hat trick in their 3-0 win over Manchester City. His performances during the 2009/10 season earned him the Jimmy Murphy Young Player of the Year award.

Keane only made 17 appearances in the 2010/11 season but was the team’s top goalscorer with 16 goals.

Keane moved up to the reserve team for the 2011/12 season where he played a large role for the side. He scored 14 goals in 22 appearances which included four goals in United’s 6-3 win over Newcastle to confirm their league title.

In 2011, Keane got his first glimpse of first-team action and was an unused substitute for United’s Premier League match against Wolverhampton and his debut came later that season against Blackburn.

After he suffered a knee injury during a U19s match for England’s national side, he was ruled out for the entire 2012/13 season.

Keane joined Wigan Athletic for a month long loan in 2013 and joined Queens Park Rangers in January of 2014 for the remainder of the 2013/14 season.

In January 2015, Keane joined Sheffield Wednesday on loan for the remainder of the season and scored his first senior goal against Cardiff City.