When we signed Edwin Van Der Sar from Fulham in 2005, we would never have guessed what a fantastic leader he would have become at United. Undoubtedly his most memorable moment and ours as a fan, his penalty save in Moscow ensured that his name would be forever remembered at Old Trafford. This season has been a trophy season for Edwin and it hurts to know that he is retiring for reasons outside of fitness. His wife’s battle with illness has drawn VDS back to Holland but no fan can question his motives, he has earned his right to retire. After the performance of Kuszczak today, I don’t think anybody can imagine him replacing VDS and the need to buy a new keeper is evident. Now that the Summer is approaching, I have decided to draw up an article looking at the top 5 contenders for the goalkeeping spot which will open up at Old Trafford and discuss which one I think will be best suited to replace the legacy of VDS. With Neuer virtually guaranteed to move to Schalke, he does not make the top 5 contenders which is a shame, I think Bayern Munich have made a great purchase as he is undoubtedly one of the top available keepers this Summer. 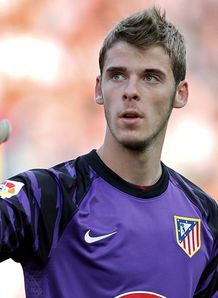 De Gea has cemented himself this season as one of the hottest young goalkeeping prospects on the planet. A product of Athletic Madrid’s youth system, he has climbed the ranks and established himself as the first choice goalkeeper and put in some fantastic performances this season that have caught the attention of the top clubs in Europe. Having represented Spain at every level up to the U-21, he is widely tipped to eventually become the Spanish keeper later in his career and it is easy to see why. His shot stopping ability is comparable to Joe Hart and standing over 6ft 3, his presence is felt in the box. For a man of 20 years old he seems to have the composure that every top goalkeeper needs and at the tender age of 20, he still has a lot of growth and potential to fulfill. If VDS is anything to go by, then De Gea could potentially provide United with 20 years of goalkeeping services and in my opinion, he is the top choice for United in the summer window. 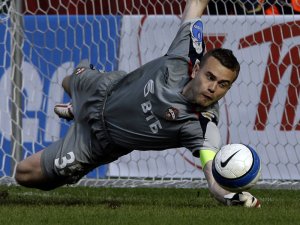 One option that has been around for a long time but has not been mentioned is Akinfeev. With a Domestic career that started at just 17 and an International career that started at 18, he has been in the spotlight from a young age and is a fantastic goalkeeper. Having won the UEFA Cup and his domestic league, as well as gaining player of the year for the league, he has the winning mentality that will help him settle down at United quickly. He also boasts a personal accolade of going 362 minutes without scoring a goal in the second of CSKA Moscow’s Champions League campaigns. As he will be coming from the Russian league, United could get him for a steal at around £10m and I think he would be a great buy. Hopefully his name will begin to come up in the possibilities as it could be a fantastic signing indeed. 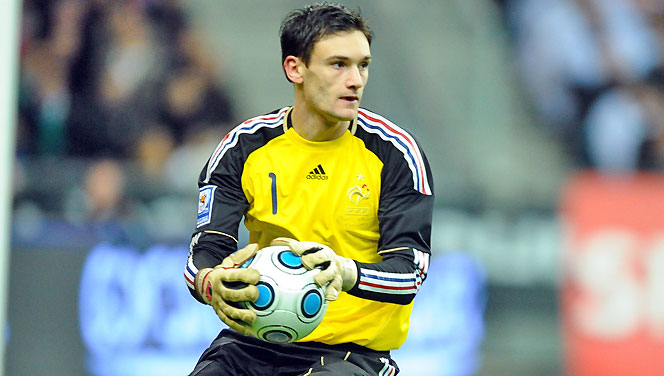 Lloris is definitely the best goalkeeper of the French league and has been quite integral to Lyon’s rise to success over the past few years. He has had a lot of Champions League experience because of it and has voiced his intentions to leave Ligue 1 this season after becoming frustrated at the performances of Lyon, placing himself on the market. He is known for his lightning quick reflexes and composed decision making abilities between the sticks, something that will be key for a complete replacement of VDS. He hasn’t come into the framework in the media for the opening spot at United but he could be a dark horse. At 24, he has his whole goalkeeping career ahead of him and with French captain Patrice Evra at United, he would not find it hard to settle down. I don’t see him as the #1 choice for United in the market but SAF may choose to go for the French number 1 and establish a French pairing in the United defence.

If there was ever a straighter swap in football then I haven’t seen it. With Stekelenburg having stalls in his contract discussions at Ajax, he could potentially move away from the Dutch league to foreign shores this summer. Stekelenburg, like Van Der Sar, has played at Ajax and has been the first choice Dutch goalkeeper since VDS hung his boots up following the 2006 World Cup. Unlike Edwin, he is a product of the Ajax youth system and has emerged as a complete goalkeeper early on in his career. At 28, he is the oldest of the contenders discussed so far but as goalkeepers have careers that span into the late 30s and sometimes the 40s, then Maarten would be considered at prime age to come to United. He showed at the World Cup that he has the composure to play on the biggest scene as he helped Holland get to the World Cup final but I am not too sure about him. Although I have not watched enough of him playing to give a fair assessment and I am probably just being sceptical, but I don’t see him as the best choice for United; he does have the presence in the box but as we all know, a goalkeeper has to be a certain type of character and I don’t think that he would prove as good as other possibilities that United have. Despite these thoughts, I am not writing him off from joining United this Summer but only time will tell who SAF chooses to sign up.

Now this is my wildcard entry to my top 5 contenders but I think it could be one of the best signings United could make this Summer. Does Buffon need an introduction? He has won the every accolade that a keeper playing in Serie A could hold and has been declared Goalkeeper on the Year a record 8 times, as well as winning the 2006 World Cup with Italy. He has been named by Pele in the top 125 greatest living footballers and rightfully so, as Buffon has been on the global scene for the best part of 20 years. Starting his career at 17 has meant that Buffon has had one of the longest careers as a goalkeeper and at 33, he could come to United and see off the best years of his career in the Theatre of Dreams. With Serie A dwindling out as a league, Juventus may struggle to hold onto him if he wants to leave but I can see Buffon playing in the black and white of Juventus for his whole career. Here is to hoping that SAF can entice this legend away because the experience, composure and ability of Buffon will fill the massive boots that VDS will be leaving behind.

That concludes this article on what I see as the top contenders for the club. Who do you think? Place your comments and start a discussion about who you want, especially if you think that somebody else could fill the boots!