After the 1-1 draw against Blackburn at Ewood Park on Saturday, United players partied into the night and deservedly so. Wrapping up #19 was a monumental achievement and a testament to the most consistent team of the season in the Premier League. Here is a collection of some of the pictures that emerged that day and night of celebration:

Is that Valencia holding back a smile?

I wonder how long Rio managed to stay on his feet?

Rooney celebrated the night alongside Coleen 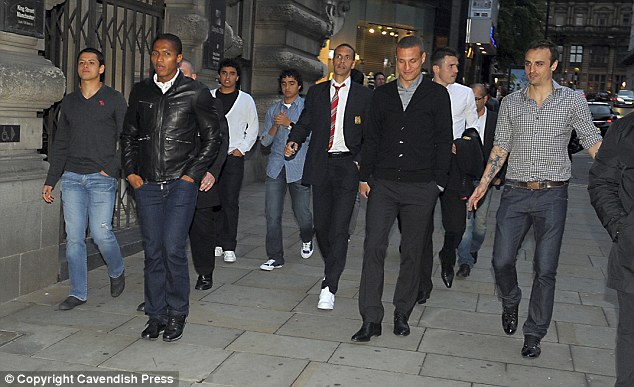 Berbatov really is the King of Cool

It is nice for the lads to get a night off before the hard work kicks in now. With Blackpool coming up at the weekend as well as the showpiece Champions League final on May 28, the season is far from over. For now, however, I am still buzzing as a champion!