Beckham: ‘Pulling on the red of Manchester once again will give me goosebumps’ 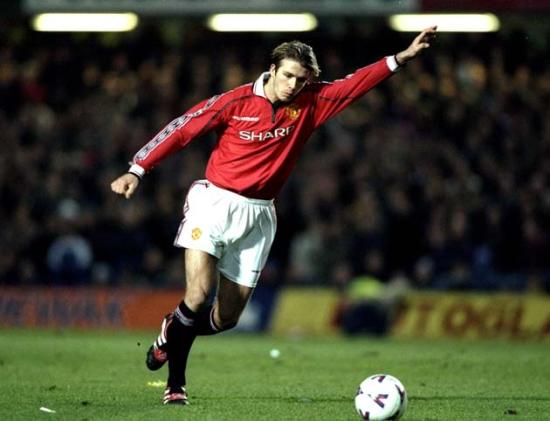 David Beckham had a great career at United

David Beckham has confirmed his attendance to play in Gary Neville’s testimonial this Tuesday evening against Juventus at Old Trafford. It means that the fabled class of 1992 will see a re-union as the Neville brothers, Butt, Scholes, Giggs and Beckham will all play alongside each other one more time.

‘Putting a United shirt on again never gets old. I get goose bumps every time I think about stepping out at Old Trafford again, as does walking out on the pitch. To be able to do that for Gary and his family means it is going to be an emotional night.’

Tuesday night should be an emotional occasion for all those involved. Gary Neville has been a fantastic player for United over a career that lasted the best part of 20 years and on the way has helped the club to secure itself as the most dominant force in English football. Juventus have been chosen for the opposition and the teams have played out some cracking fixtures in the past but one will stick out in the minds of all United fans, the 3-2 victory that took United to the Nou Camp in 1999 and we all know what happened then.

Tune in to Sky Sports 2 at 7pm on Tuesday to see how the testimonial plays out. Tickets for the testimonial are still available by ringing the ticket office on 0161 868 8000.