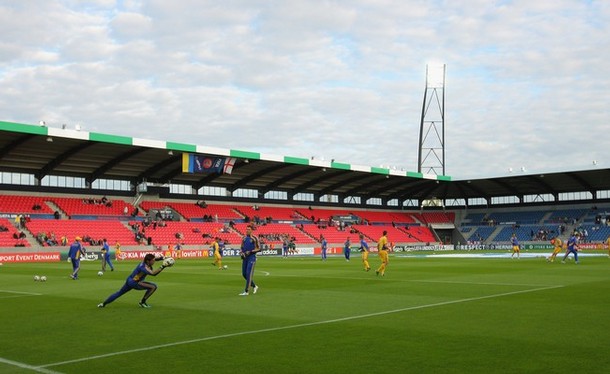 It was a sell-out tonight for the glamorous fixture…Photo: Getty Images

Group B fixture: Ukraine vs. England

Disappointingly, Tom Cleverley did not take any part in the game tonight versus Ukraine. Considering he had a solid but quiet performance against Spain in the first match, it might not come as a surprise that Sinclair and Lansbury got the nod as substitutes in front of Tom. Instead of having a look at how Tom played like I was planning to, I had the chance to further analyse the progress of Danny Welbeck and the centre-back pairing of Phil Jones and Chris Smalling. Martin Tyler was quick to assert how influential these 2 young lads are important in the spine of this England team and after watching another 90 minutes, it is not hard to see why. 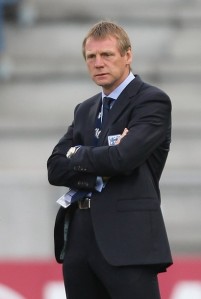 From the get-go, Jones and Smalling were dominant in their area of the pitch. First to the headers and hard in the tackle, they looked like seasoned professionals in a pitch full of others who didn’t turn up. £20 million Liverpool signing Henderson for example was a poor cog in a slow English footballing machine today as Pearce may fall under the criticism for his selection choice. Too right. The stand-out characteristic from what I have seen with the 180 minutes I have watched Jones and Smalling is their burning desire to get forward and their ability to succeed. In the last game against Spain, Smalling was the one getting forward more and played an important part in the lead-up to Spain’s goal. Tonight, Jones was given the floor to dance on and one mazy run in particular made Jones look like a gazelle in full flight as he weaved through the pitch with the grace normally associated to those with a much lower centre of gravity.

The pair of them are just so brimming with confidence it seems impossible that they are such a young age. They always seem to have time on the ball to look up and find a team-mate and never look rushed in possession. Rio Ferdinand is coming to the twilight of his ability to play a full season at United with injuries marring his time and it is a perfect time for such great defensive prospects to be breaking through the ranks. Smalling impressed massively when he made 33 appearances in his debut season and it looks like United are set to get another wonderful young defender in Jones. The only slip up either had was when Jones misread a bounce in the 82nd minute to nearly let Ukraine in but Fielding saved his blushes but it would be highly unfair to rest of the laurels of an individual mistake, given the quality of the rest of the performance by both lads. Well played.

Looking at Danny Welbeck, he underperformed tonight. Impressive on Sunday with the only goal in the match against Spain, he was rather ineffectual today against Ukraine. To be fair to Danny, there wasn’t much support and service but Sturridge looks miles ahead of him tonight and provided the main threat up front for England. His movement was lackadaisical at times and he just didn’t look overly confident at any point during the match. An individual moment for Danny came out on the right flank in the second half as he skipped past a defender to send a ball fizzing across to the back post which Sinclair failed to convert. At Sunderland this season, his footwork has progressed leaps and bounds under Steve Bruce’s guidance and he began to show the poise of a world class centre-forward but he just didn’t bring his talents to the table tonight.

I am hoping that Cleverley will come back into the team for the next game as England looked very uncreative today. The main thing to take from this fixture is another great performance from Jones and Smalling, who are beginning to make every penny of the £30 million spent to buy them look like a bargain. The future at United is definitely looking great and as long as England can overcome Czech Republic in the final group fixture, they should get a taste of knock-out football!