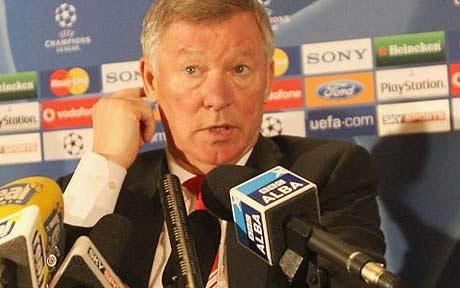 After the BBC produced a program which directed allegations against Sir Alex’s son Jason in 2004, SAF has refused to give interviews to them in defiance. Today, an official statement has been released which puts to an end this long running saga and SAF will now appear on Match of the Day and Radio Five Live when necessary:

“Sir Alex Ferguson and the BBC have decided to put behind them the difficulties which led to Sir Alex feeling unable to appear on BBC programmes. This follows a meeting between Sir Alex and the BBC’s director general, Mark Thompson, and BBC North director Peter Salmon, and the issues have been resolved to the satisfaction of both parties.

Sir Alex will now make himself available to the BBC for Match of the Day, Radio 5 Live and other outlets as agreed. No further comment will be made by either party on this issue.”

One less reason for the media to get on the back of SAF can only be a good thing. Hopefully a good relationship with the BBC, as well as inviting FA representatives up to Carrington, might help to build a working relationship between SAF and British sporting institutions, by which he has been long used as a scapegoat.