Home » A few thoughts ahead of the Newcastle game…

A few thoughts ahead of the Newcastle game… 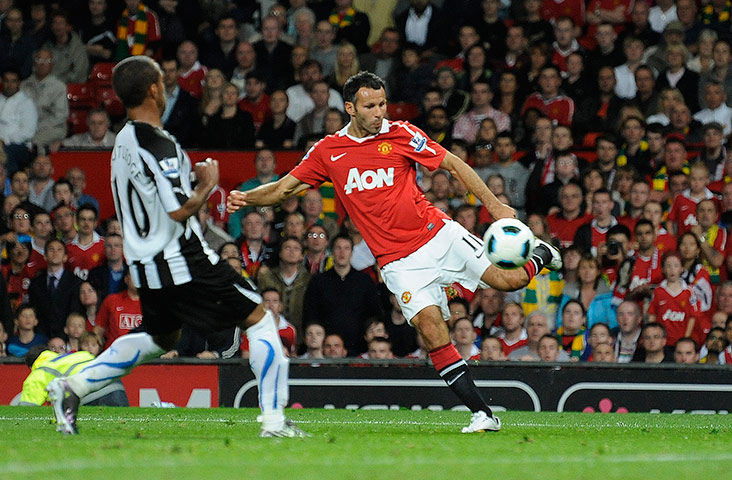 United play Newcastle this afternoon in what is undoubtedly a fantastic opportunity to possibly gain some ground on City, with our rivals playing away at Anfield on Sunday afternoon. However, we will need full concentration and an improvement in our general play on the field if we are going to have any chance of knocking City off top spot before Christmas. I went to the 2-2 draw with Benfica midweek and it was, in general, frustrating to watch as we struggled with our creativity. We got the ball in excellent positions out on the wings on many occasions but there was little movement in and around the area and the final ball left a lot to be desired and with injuries piling up, it is going to be a difficult afternoon indeed.

Newcastle have made their best start to a Premier League season since 1950 and were undefeated until they were beaten by City 3-1 at Wastelands last weekend. Their cracking form has been, in no small part, due to their defence which until City had only conceded 8 goals. The back five of Newcastle have played every minute so far this season for the Magpies, so it is a testament to the stability that a consistent starting XI can bring to a team. Tiote being injured today is a big bonus for us because the middle of the park has been such a struggle this season, so Newcastle being without their midfield enforcer will hopefully allow us to dictate more of the play. A return to Old Trafford from Obertan isn’t anything to get worried about but it would be sods law if he decided to score his first goal for Newcastle today wouldn’t it? Here are the announced starting line-ups for today’s match:

Rooney has been passed fit to play today and I am bloody happy that with Giggs and Carrick likely to be our central midfield pairing, Rooney will not be dropping too deep. A return to Nani and Young on the wings is likely to make us a lot more versatile, dynamic and penetrating with our attacking movement and it will allow Rooney and Hernandez to move into space more freely. Phil Jones, unfortunately, is not even on the bench for United today but considering he played the full 90 minutes for both of England’s internationals as well as both Swansea and Benfica, SAF is giving him a well deserved rest because we don’t want him to suffer from burnout. Regardless, a defence with Vidic and Ferdinand will breath great confidence into the team and an improvement in performance from Evra midweek will hopefully be the beginning of the return for Paddy, who has struggled for consistent form for a long time.

Today will be a great test for United because Newcastle are full of confidence after their deserved praise from this season so far but the onus will be on us to perform. Teams are still scared to come to Old Trafford but City’s drumming of us will have given visiting teams a platform to try and build confidence on, so we will have to make sure that we concentrate from the first whistle. Clean sheets against Swansea, Sunderland and Everton since the City result are a testament to the response that SAF has demanded from his team, so if we can keep our defensive discipline then today should bring three points to us. With Rooney, Hernandez, Nani and Young all starting their first game together in a long time, I am more confident about a result today than I have been in a while. My prediction is a 3-0 victory and I hope that Young will put in a man of the match performance today because the quicker he returns to his form that he showed at the start of the season, then the quicker Rooney will start scoring goals again.