Manchester United have, this evening confirmed the signing of Crewe Alexandra youth prodigy, Nick Powell. The Old Trafford based club said the agreement between the two clubs, for an undisclosed fee, had been confirmed with the player passing a medical and signing a 4 year contract, which will start on 1st July 2012.

Recent newspaper reports have made out Manchester United had agreed a deal days ago for the England U18 international. The fee is reported to be around £4m, with half being paid up front, and the remainder based on appearances and success for the play with the Old Trafford club.

Sir Alex Ferguson is delighted to have recruited the youngster, and he told ManUtd.com “We have scouted Nick for months now. He is an exceptional talent and has been schooled well at Crewe. I’m delighted he has chosen to come to United. He has a lot to offer and we are all looking forward to working with him.”

Powell is understood to be over the moon with his transfer to the red side of Manchester. He told ManUtd.com “It really is a dream come true to be signing for Manchester United. I have had a great time at Crewe and I would like to thank them for helping me to develop as a player over the past 13 years. I’m excited about continuing my development with Sir Alex and the world-class players in the squad. The thought of making the step up to the Premier League next season is an exciting prospect. I can’t wait to get started.” 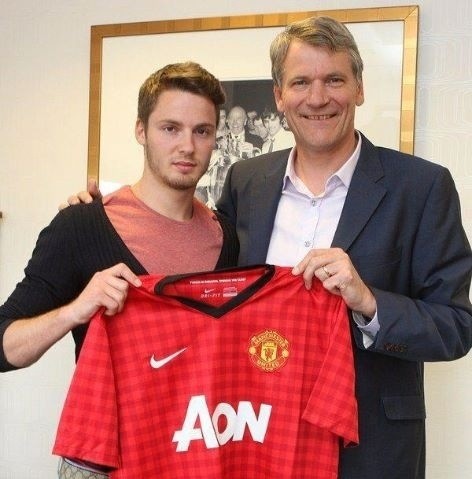 Powell, who played his last game for Crewe Alexandra in the nPower League 2 play-off final victory against Cheltenham Town, also scored his last goal in that game, which was a quality goal if I must say! Here is a reminder of the goal, taken from YouTube user ‘andymichtv’.