Manchester United are one of a few Premier League clubs who have been linked with an interest in Sporting Lisbon winger Carlos Mame, according to Sky Sports.

The 19-year-old has only emerged in Sporting’s first team this season but is considered one of the brightest talents in Portugal and at the weekend, Mane scored the only goal in a 1-0 victory over Olhanense.

Of course, United purchased Cristiano Ronaldo from Sporting when he was just a teenager and also signed Nani back in 2007 when he was just 20, so we do have a history of buying some talented youngsters from the Portuguese side, so Mane could become the next to make the move.

His agents have confirmed that there is interest in signing him but insisted that there is little point speculating about a player who is yet to make ten first team appearances for Sporting.

“Carlos is concentrating on maintaining a place in the Sporting first team,” he said.

“2014 has started really well for him, and he has scored three goals so far, but we should not forget he has yet to make more than ten first-team appearances.

“He also enjoys a long-term contract at Sporting, they value him highly and so it is premature to be talking of a move.

“That said, I am aware of a number of clubs with real interest and who are keeping tabs on him, and it has to be said that whilst a move to the Premier League is the ultimate goal for Carlos at some point in the future – just one reason being that he has family in the UK already – some Bundesliga and Serie A clubs might appear to be more advanced in their interest at this stage.”

United didn’t do too badly when we bought Ronaldo from Sporting and Nani has had some fantastic seasons with us too, so there is every reason to believe that Mane could follow in their footsteps and make the move to Old Trafford if United were interested in him. 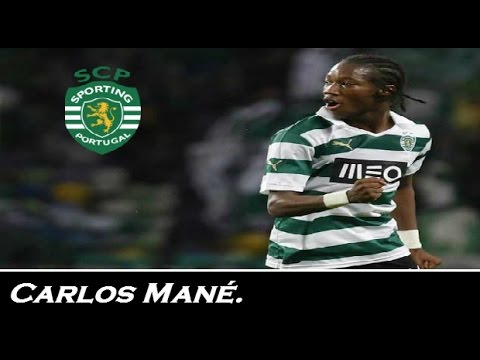