Nick Powell has enjoyed a fruitful loan spell with Wigan Athletic this year and tomorrow, he’ll have the opportunity to make it to the FA Cup final as Wigan take on Arsenal at Wembley.

Arsenal will go into the tie as favourites on paper but both Wigan and Nick Powell have fond memories of recent trips to Wembley.

Wigan are the current holders of the FA Cup having beaten Manchester City 1-0 in the final last season while Powell’s wonderful strike helped Crewe Alexandra win the League Two play-off final back in 2012. 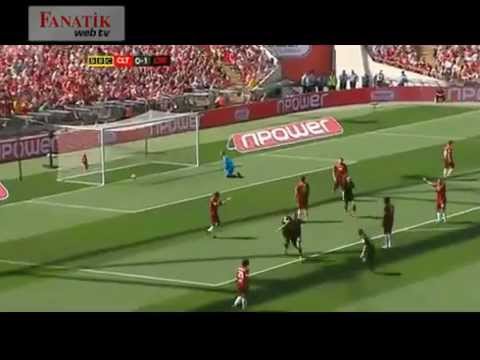 For Powell, winning the FA Cup would be a fantastic achievement and with Wigan still in contention for promotion to the Premier League, he could do the double which would do wonders for his confidence as a player.

Big things are expected of Powell in the future and he has really flourished on loan this year. If he can bring that sort of form back to Old Trafford, he’ll have every chance of becoming a regular next season.