Manchester United have a reported budget of up to £200 million to spend this summer and have been linked to some star names such as Toni Kroos, Edinson Cavani and Cesc Fabregas but there’s one relatively unknown player that could prove to be a great bit of business if snapped up.

His name is Hakan Calhanoglu and he plays in Germany for Hamburg. He’s a 20-year-old Turkish international who plays as an attacking midfielder and is taking the Bundesliga by storm this season.

Calhanoglu is quite versatile and can play in a variety of attacking positions but plays most on the left side of midfield. He is right footed but is also lethal with his left foot too and the youngster needs no encouragement to shoot, and boy can he shoot.

He has scored 11 goals in 31 games this season, a pretty impressive record considering his team Hamburg are in a relegation battle. 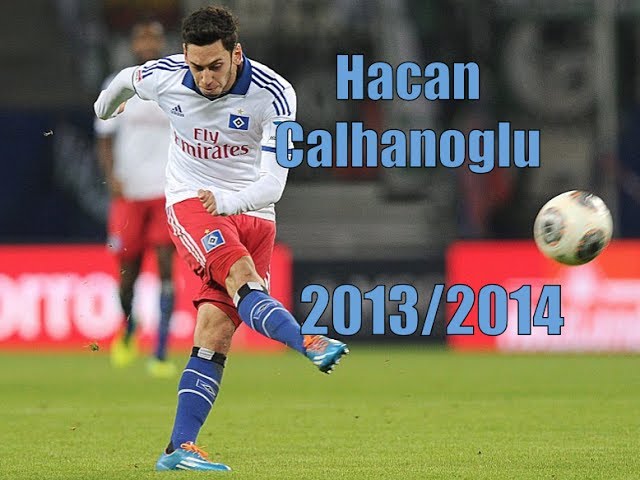 He is fearless and has put in some very good displays against the top German sides this season, scoring against both Bayern Munich and Borussia Dortmund. His goal against Dortmund will be one that will be remembered for a long time.He stood over a free kick 45 yards out and surprised everyone by unleashed a rocket that swerved viciously and beat Dortmund goalkeeper Roman Weidenfeller to seal the 3 points for Hamburg.

Hamburg need a small miracle to stay in the top flight but regardless of whether they do or not, it looks likely that Calhanoglu will be playing his football elsewhere next season.

Clubs such as Chelsea, Monaco and Napoli have been linked with him and he could be available for as little as £10-12 million which would represent an absolute steal for anyone who buys him.