All eyes are on Louis van Gaal this week in his training sessions with the Holland national team.

On his first day away with Holland, Van Gaal told Sky Sports that he hoped he’d get the Manchester United job and become manager of the ‘biggest club in the world’, leaving United fans hungry for an announcement to be made.

Much has been said of Van Gaal’s methods as a coach and you can see them in action with this great video of a Holland training session. 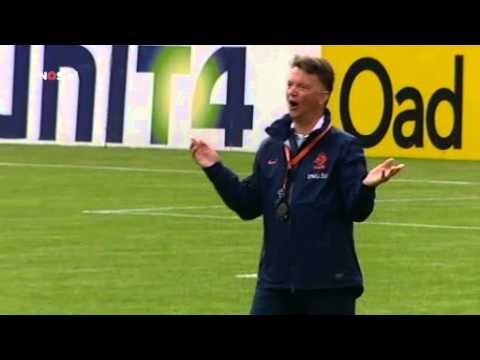 He’s a very vocal, hands-on manager and his reaction to a Jonny Heitinga pass at the end of the video was priceless.

United fans are starting to get itchy feet about Van Gaal as we all simply want it to be confirmed as soon as possible but with the season finishing on Sunday, everything is in place for an announcement to be made soon.