Manchester United’s Spanish sensations are ready for the World Cup

Despite two seasons of sensational form for Manchester United, David de Gea has only recently made his Spain debut and that has only come about due to the fortuitous injury of Victor Valdes, which gave De Gea his chance of taking part in his first major tournament.

Perhaps that is being a bit too disingenuous on De Gea.

The 23-year-old was one of United’s shining lights last season and a key part of the team that raced to a 20th league title in 2012/13.

Many had hoped that De Gea would get international recognition sooner but Vicente Del Bosque stuck with his trusted trio of Casillas, Valdes and Reina, until Valdes’ injury forced Del Bosque to break with tradition and give a player who has impressed at youth level a well deserved chance.

He will unlikely feature during the tournament but the mere fact he will be there is what is important for the experience and with Casillas not getting any younger and De Gea going from strength to strength, he will have the No. 1 spot in no time.

As for Juan Mata, his move to Old Trafford helped to ensure he went to Brazil.

Mata made his debut for Spain in 2009 in a Euro Qualifier against Turkey and since then has featured in every tournament for his national side.

Mourinho leaving him on the bench more often than not in the first half of the season put Mata in doubt of making the World Cup considering the standard of players that Spain has available,

He may not have been able to help United to a Champions League place but his form in the second half of the season, where he scored six goals and assisted four others, was one of the bright sparks in a dark season.

Should he continue that form after the World Cup, he would be well on his way to becoming a legend at Old Trafford but for now, the World Cup and European Championships winner has the small matter of navigating his international side to another trophy. 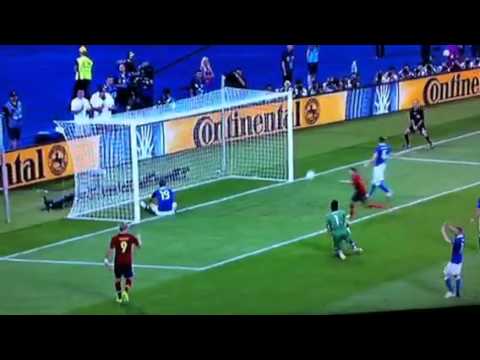 Mata, despite being a frequent member of the squad, is usually used as a substitute for Spain but nevertheless manages to play a strong role for his international side, having previously come on to score in the Euro 2012 final.

A similar outcome would see De Gea and Mata return to Old Trafford as World Cup champions which would put them in great stead for a new look United under Louis van Gaal.