Louis van Gaal was coy on his plans for the youth team in his first press conference as Manchester United manager.

When asked whether he’d implement a similar philosophy across all levels, similar to the way he did at Bayern Munich and Barcelona, his answer was that while he’d been asked to look at it, he views the youth team very much as a long-term project.

Van Gaal has wasted no time looking at ways to improve the set up at United and has already instituted a policy whereby the first team squad will join the youth teams and coaching staff for a meal every day at 1pm, which is part of his wider plan to improve the academy.

“The owners and the CEO, Ed Woodward, have asked me to give advice but the main project is the first team,” he said.

“That’s more of a short-term [thing] than the youth – that’s a long-term project. The first year or two years we have to separate them.

“Now, I need all my knowledge to transfer my philosophy into this selection. You have to give me time to do that. Not only you, but also the CEO and the owners.” 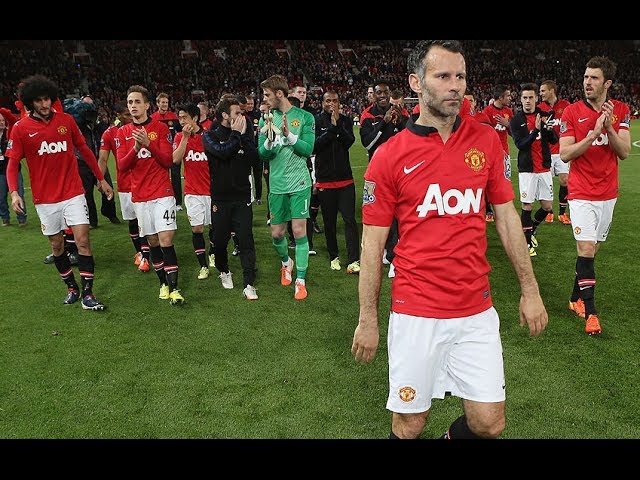 While his comments suggest that the first team is his primary focus, that doesn’t mean that he won’t be taking an interest in the youth.

His comments about experienced players, and in particular his remarks about Clarence Seedorf, suggest that he is a pupil of Sir Matt Busby’s school of ‘if they’re good enough, they’re old enough’.

He added: “You have to know that I’m not always convinced of the experience of players because that I have said a lot of times in the media.

“A boy like Seedorf, he was 16, I let him make his debut in Ajax at that time but at 16 years old, he was sometimes more experienced than a 30-year-old player, so it’s always dependant on the personality.

Van Gaal also mentioned that one of the benefits of appointing Ryan Giggs will be his knowledge of the up and coming talents available to the Dutchman.

“Everywhere I have been as a trainer/coach I have picked one who knows the club and who knows the culture because I think it’s very important,” he said.

“I can not come to England to authorise the Dutch culture here, I don’t think that’s good but I want to know the culture, he can teach me that and he knows the best players, the talented boys in the youth system and can help me a lot, and I can help him to be a very good manager in the future.”

Highlighting his attention to detail, Van Gaal also immediately addressed the issue of wind at the AON Training Complex as a problem that had to be fixed.

“The facility needs a little more intimacy,” said the Dutchman.

If he manages to solve the wind problem there will be a direct benefit for the youth teams. Several of the Under-18s matches have suffered due to blustery conditions on the training pitches as that’s where they play there home fixtures. The main impact has been on the quality of football and the amount of time the players spend with the ball at their feet during the games.

Many fans feel that Van Gaal will give some youngsters the chance on the pre-season tour and the countdown is on to see who’ll board the plane.

Who do you think deserves their chance to shine?