When Louis van Gaal made it clear he didn’t think Luke Shaw was fit enough for his Manchester United side, the 19-year-old could have reacted by slumping his shoulders and feeling the Dutchman was wrong.

Shaw didn’t hide the fact he was surprised by Van Gaal’s comments but instead of letting them get him down, he used them as motivation to spur himself on and accepted the criticism.

“It’s something I totally agree with,” Shaw said.

“Playing in this formation [3-5-2] you really have to be fit. I am fit but not at [Van Gaal’s] high demands. I know I have got to get fitter to get up and down.” 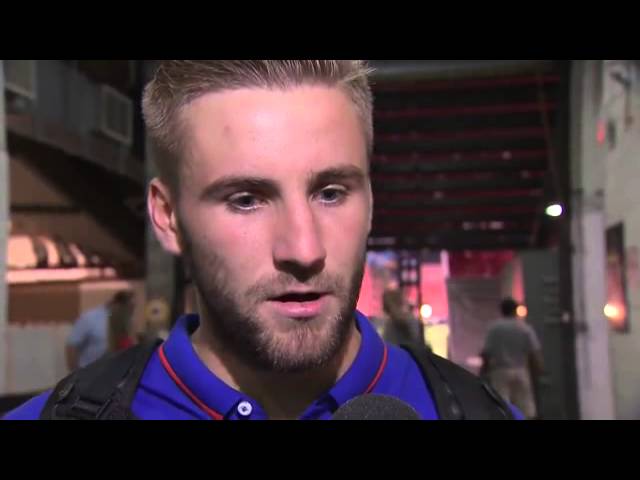 That sort of mentality is going to put Shaw in fantastic stead at United. He admitted he underestimated how big the jump from Southampton to United was going to be but the season hasn’t even started yet, he has realised his error of judgement and is now working on rectifying the problem.

Sometimes youngsters are guilty of letting fame get to their head if they break through into first-team football at a young age but in his reaction to this criticism from Van Gaal, Shaw has shown he has got the perfect attitude that could take him far at Old Trafford.