“In towards Keane! Roy Keane with a captain’s goal for Manchester United. Game on. He’s pulled them back to 2-1.”

At 2-0 down away to Juventus, Manchester United were lost but Keane’s inspirational performance famously turned the game on its head and Untied marched on to the final at the Nou Camp. We all know what happened next.

Keane knew he was banned from the Champions League final but it didn’t stop him dragging his team there. It was a captain’s goal and a captain’s performance.

Now, some fantastic footage has been put online from the dressing room after the full-time whistle and the emotion from every player is on their sleeve. 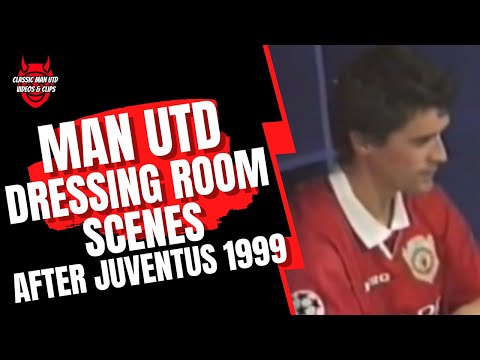 Jubilation from the squad was balanced in equal measure by the disappointed blank stares on Keane and Scholes’ faces.