Juan Mata and Ander Herrera face off in a crossbar challenge

Juan Mata and Ander Herrera teamed up with the F2Freestylers this week to compete in the crossbar challenge against each other.

The task was simple: the first player to hit the crossbar three times would be crowned the winner. Simple on paper but in practice, for us amateur footballers, it can take a fair while to the find the crossbar if you’re actually aiming for it.

On with the challenge: Mata vs Herrera. Who would you back to hit the crossbar three times first?

Check out who wins by watching the video (watch out, it’s a nailbiter!): 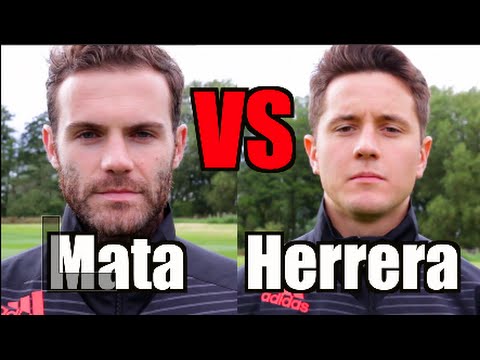 At one point Herrera looked like he had the challenge sewn up and in his back pocket, only for Mata to come back and win it in the end.