Radamel Falcao has slowly been growing in confidence and fitness since joining Manchester United in the summer.

The Colombian striker’s first goal for the club turned out to be the eventual winner in United’s 2-1 victory over Everton at Old Trafford but he is yet to hit top gear.

However, Sunday’s opponents Chelsea are a team Falcao knows all too well how to score against.

Back in September 2012 in the Super Cup final, Falcao scored a hat-trick as Atletico Madrid romped to a 4-1 win and it was a breathtaking show from the striker in finishing. 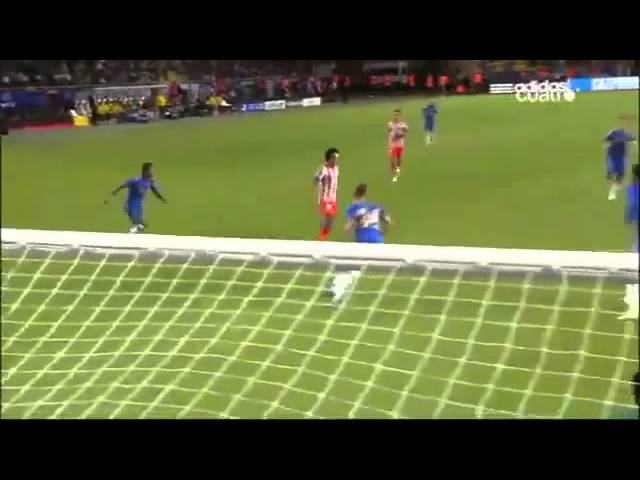 What’s even more astonishing is the fact Falcao scored all three goals with his supposed weaker foot, not bad finishing from a weaker foot, could have had more than three goals but two of his efforts came back off the woodwork.

Falcao is cruising along in third gear at Old Trafford at the moment but fans are hoping he can repeat his 2012 performance against Chelsea when they visit Old Trafford on Sunday.