Robin van Persie‘s goal with 93:34 minutes on the clock against Chelsea at the weekend was the latest goal Manchester United have scored in the Premier League since Michael Owen’s 2009 winner against Manchester City after 95:27 minutes.

United’s players swarmed Van Persie to bundle him to the ground and the roof was lifted off Old Trafford as 75,000 fans went bananas. It was one of the best moments of the season so far.

Nothing beats the feeling of an important late goal and after last season under David Moyes where moments like this were a rarity, it was a kick back to the days of Sir Alex where late goals were two a penny.

The return of a competitive edge is something that has been really encouraging to see under Louis van Gaal. United aren’t giving up and are playing right to the end, something they were rewarded for against Chelsea.

This great video from the Stretford End shows the reaction inside the ground after Van Persie’s goal and hopefully it won’t be the last this season. 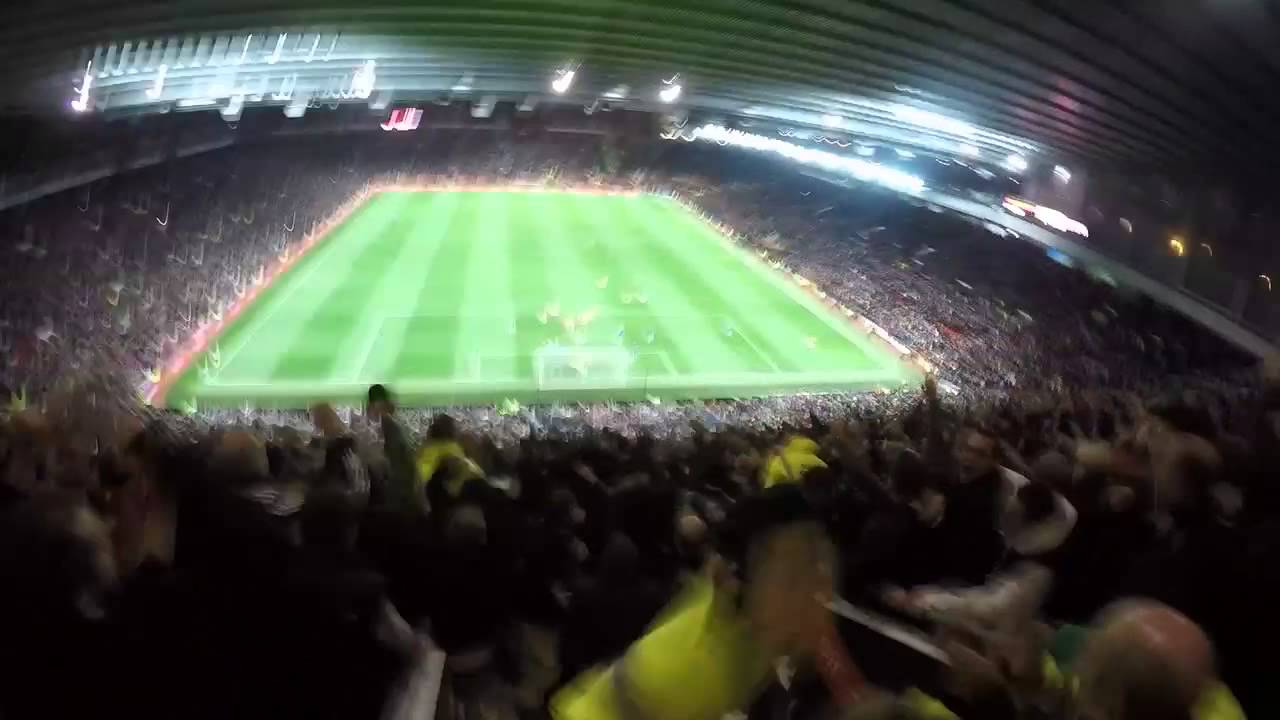