Youri Tielemans was in the headlines last night after scoring a stunning strike for Belgium’s U21s against Spain.

From a good 30 yards out, Tielemans let fly with a wicked strike that kissed the roof of the net and gave Spain’s goalkeeper absolutely no chance of stopping it.

As far as technique goes, it was as good a strike as you’re likely to see, which is all the more impressive when you consider Tielemans is just 17.

There’s no doubt that plenty of scouts from European teams will be keeping a closer eye on Tielemans after his goal last night but back in 2013, he made it clear which club he had an affection towards as well as Anderlecht.

“It’s my goal to be in the senior squad this season,” he said.

“Are Anderlecht really my dream club? Sure, though I also love Manchester United.”

Back in April, Tielemans also pulled off a superb through ball to show off his passing range: 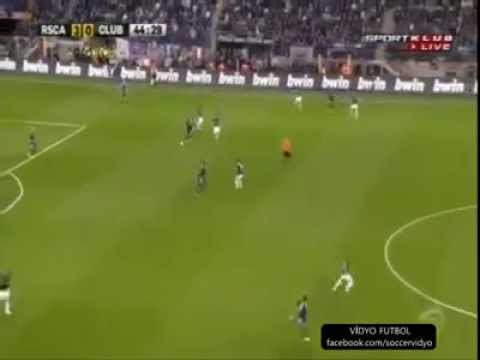 Tielemans is considered a fine prospect and became the youngest Belgian player to play in the UEFA Champions League when he made his debut at the age of 16 years, 4 months and 25 days, which is a testament to how highly rated he is.

Timothy Fosu-Mensah was the first youngster Louis van Gaal brought into the club but with goals like that, Tielemans will certainly keep himself in the limelight.