Anderson catches up with Ronaldo and Quaresma at Old Trafford

Cristiano Ronaldo was keeping up appearances after training with Portugal at Old Trafford last night when Anderson popped in to make an appearance.

The Brazilian midfielder took the chance to say hello to his old United team-mate Ronaldo and ex-Porto player Ricardo Quaresma who was at the club with Anderson back before he joined United. 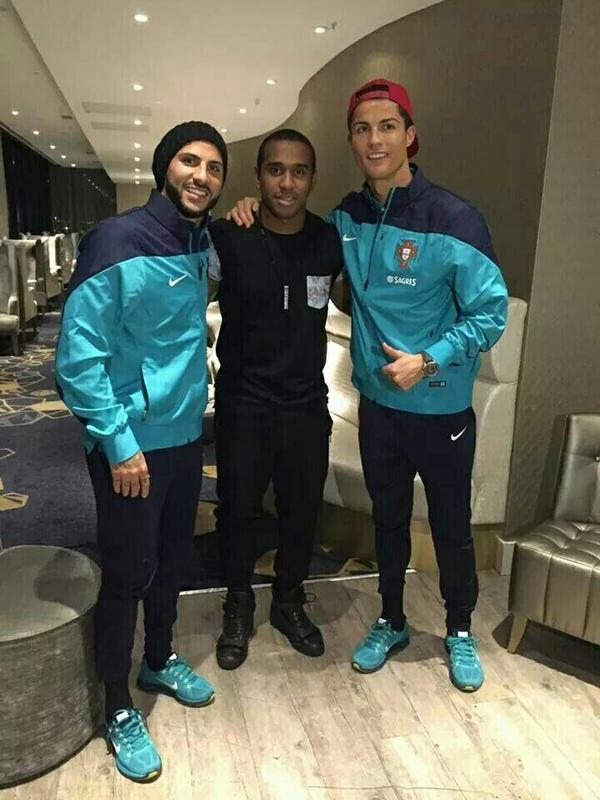 Anderson has only crept out of the woodwork a couple of times this season as he has been frozen out by Louis van Gaal and an exit from United looks more than likely.

It’s been a terrible career at United for Anderson but when you consider he is still only 26 then you realise he has plenty of time to forge a new career elsewhere.

Of course, Anderson knows Ronaldo all too well on the pitch but their best moment together came off it when the Portuguese winger gave his best Geoff Shreeves impression to interview Anderson during some celebrations: