Manchester United’s captain steered home an excellent header to put England ahead and finished off a delectable team move to restore a two goal cushion immediately after Scotland had pulled one back.

Rooney’s performance deserved the plaudits it got as he wasn’t phased at all up against a physical Scotland side in a hostile environment. It rounds off an excellent week for Rooney having earned his 100th golden England cap against Slovenia. 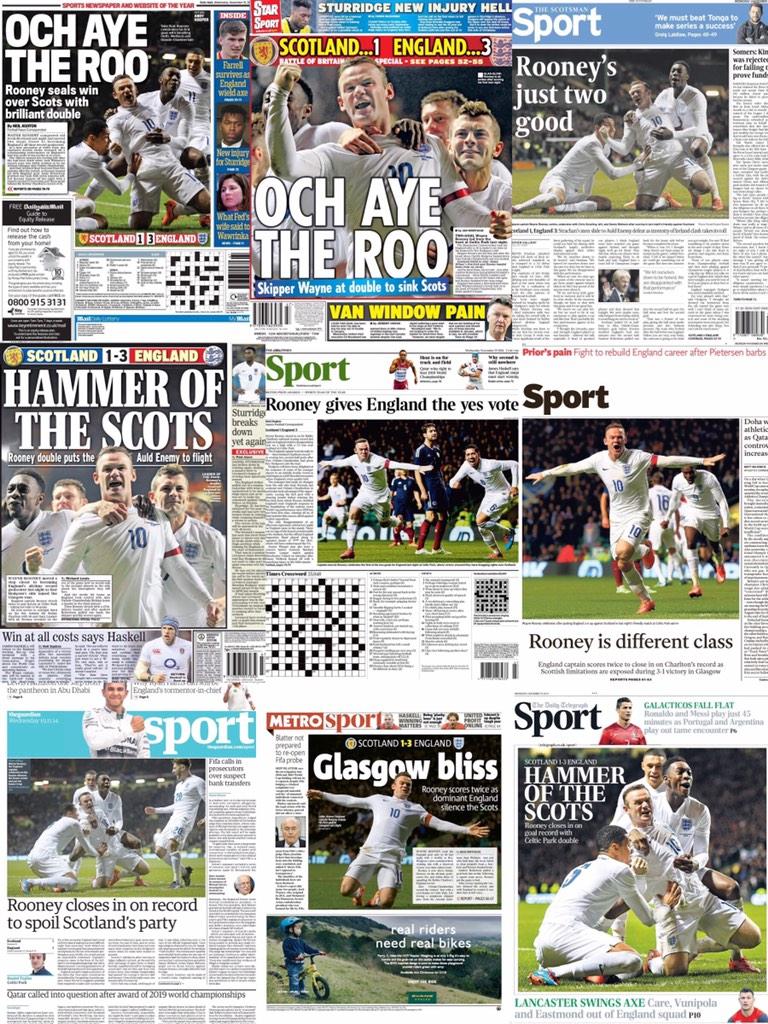 It’s not often you see Rooney all over the back pages for a positive reason but it’s great to see some sweeping praise for him when it is deserved.

Rooney is very much a form player and when he hits a purple patch he can go on great goalscoring runs. So with three goals in his last two games, Manchester United fans are hoping Rooney will continue that form into this weekend’s game against Arsenal.