Ander Herrera has travelled with Manchester United’s squad down to London by train this afternoon and looks to be in contention for tomorrow’s fixture against Arsenal.

There were no pictures released of the Spaniard in training this morning leading to some concerns that maybe he didn’t train but a video released on the official United Twitter account shows Herrera took part in training. 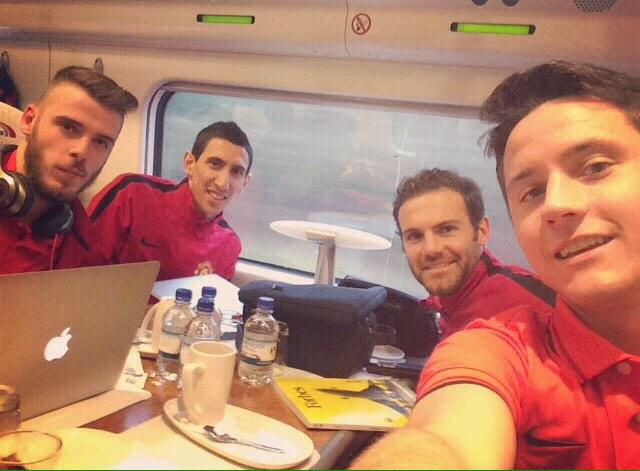 Marouane Fellaini has done well in Herrera’s absence but United have sorely missed the Spaniard’s incisive and penetrative passing, so to have him back in the side to face Arsenal would be a major boost.

Back in September, Herrera’s form saw him nominated for United’s Player of the Month and deservedly so but apart from that, he has had to battle against injuries which has stopped his progress at the club.

However, he’s got the talent to come back stronger and if he can get a run of games under his belt, there’s no question will return to the sort of form he showed prior to fracturing his rib.