Manchester United’s squad will enjoy training this week after a morale boosting 2-1 victory over Arsenal on Saturday.

Against the current and having absorbed a swathe of Arsenal attacks, United stayed strong and struck on the counter-attack to secure the win.

Going into the game at home against Hull, confidence should be riding high on the crest of a wave and Louis van Gaal will want his side to make it six points in a week. 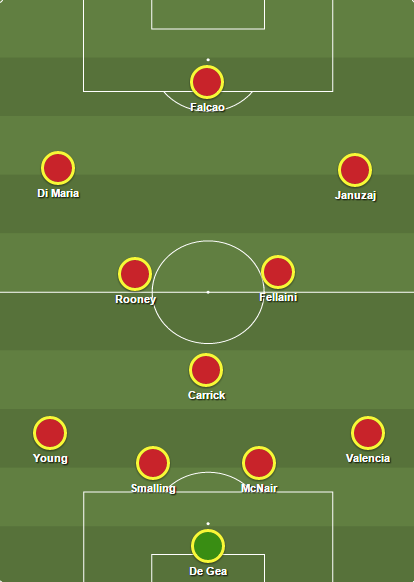 Defensively, Luke Shaw is likely to be absent so Ashley Young can step into his spot again in this potential formation as he played so well there against Arsenal.

In midfield, Wayne Rooney has dropped a little deeper to accommodate for Radamel Falcao starting up front. The Colombian has returned to training this week and with Robin van Persie misfiring on all cylinders, change needs to happen soon.