Ever since Marouane Fellaini impressed against West Brom in a second half cameo performance, Ander Herrera has found himself frozen out of the Manchester United team.

However, United have certainly missed the Spaniard’s incisive and penetrative passing. Fellaini may have played well but his passing isn’t as imaginative as Herrera’s, meaning United’s attacking prowess has been somewhat dulled without him in the side.

Bringing him back into the team against Hull could see the fluidity return to the 4-4-2 diamond but Louis van Gaal will want to make sure there is no loss of balance in the side, something he may have felt Fellaini brings more so than Herrera.

This 4-4-2 diamond is responsible for United’s most impressive attacking football this season but it lacked the defensive stability which Van Gaal wanted, so if that equilibrium can be found then it could be United’s best formation. 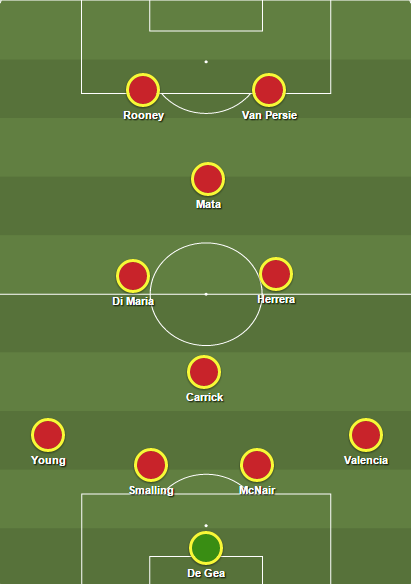