Home » Time is up: Fletcher has had his ‘Neville West Brom’ moment

Time is up: Fletcher has had his ‘Neville West Brom’ moment

This season has been some sort of a comeback on many levels. Manchester United are finally heading in the right direction again (it seems) and the midfield warrior Darren Fletcher made it back onto the football pitch. However, the ulcerative colitis has taken its toll and he’s no longer anywhere near the player he was. Sorry Darren but it’s time to say goodbye.

Fletcher has had a bizarre United career. On 14 May 2000 he was due to become the youngest-ever player to represent United in a league game against Aston Villa but the Premier League rules prohibited a player on a schoolboy contract to participate and his debut was delayed. A broken leg later on didn’t help his cause but he finally pulled on the red shirt for the first time at senior level in March 2003 against Basel, almost three years later.

He was introduced as a right winger to pick up some experience and build muscles before moving central. Initially he wasn’t properly appreciated by the fans and mantras like ‘we’ll never win the league with O’Shea’s and Fletcher’s in our side’ were going around in the league title drought between 2003-07. The Scotsman was on the unpleasant receiving end of some abuse and the ‘Darren Fletcher, football genius‘ chant was initially ironic.

However, the Scottish international developed into a very decent midfielder, running frantically through all corridors at Old Trafford during an ordinary game. At his peak, some time between 2008 and 2011, he had turned into a crucial character for the side. The dismissal in the 2009 Champions League semi-final against Arsenal even saw many fans claim our chances were drastically decreased with him out of the final against Barcelona.

Prior to that final, he had covered copious amounts of miles and scored plenty of goals for the club. Obviously Michael Owen got the headlines after his sensational winner against Man City in the 4-3 derby but Fletcher did actually score a brilliant brace in that game. A couple of months later, he scored an absolute belter against Everton when he struck it on the volley and smashed it straight into the top corner from outside the box.

Another Darren Fletcher highlight (well, if there even was a highlight that day) was the brilliant long range strike in the 1-6 loss in the Manchester derby after playing a 1-2 pass with Javier Hernandez to then hammer it home brilliantly.

However, it’s time to face the cold hard reality. The days of Fletcher bossing it for United are long gone and there isn’t even a point in trying to get him back in a proper fashion. We all remember Gary Neville‘s moment against West Brom when he made Chris Brunt look like Ronaldo, Fletcher has had his. This season is hard to pick out a single equivalent for Fletcher as his level of performance has been equally poor basically every time he has entered the pitch but it’s clear the Fletcher of old has gone.

As both a United and Fletcher fan, it kills me to write this but he’s a handicap to have around, even with ten minutes to go at home in a game already put to bed. He doesn’t have the passing, vision, nor first touch to run the game like Carrick does, nor does he have the work rate he used to.

Where the West Ham academy product passes it smoothly around on the first touch, switching between attacking and supporting passes, Fletcher uses two and three touches to even control the ball. Then he usually passes it backwards or sideways. No matter how likeable Fletcher is and how admirable it is to get back into the game like he has done, we just can’t have a complete liability like that around.

Fletcher has gone from being a scapegoat into a key player before his disease forced him back into regression.Nobody at the club, perhaps particularly not a new bloke in town like Moyes or Van Gaal, wanted to dismiss Fletcher after that impressive fight back into professional sports. After all, at a point he even struggled to live an ordinary life off the pitch.

It would’ve been a little bit awkward for a new manager (or for that sake Fergie) to reward his impressive comeback with a dismissal. However, at this point, he has made his United comeback and had a fair opportunity, so it’s reasonable timing for a goodbye, with more or less winning parts on all sides of the table.

Whether he should remain as a coach, withdraw from football or play somewhere else remains as one for the future but personally I’m not too fond of having coaching staff/managers/whatever around just because their honours/dedication as a player, so I’d like to see him complete all the necessary coaching badges and get some input from somewhere else before eventually returning to United.

Fletcher’s contract expires in June 2015 so he’s likely to stay just where he is for the remainder of the season, maybe even getting his well-deserved testimonial, some time after that and maybe, just maybe, we can spend the meantime dreaming of just one more goal coming from the Scottish soldier.

If Fletcher scores, we’re on the pitch. 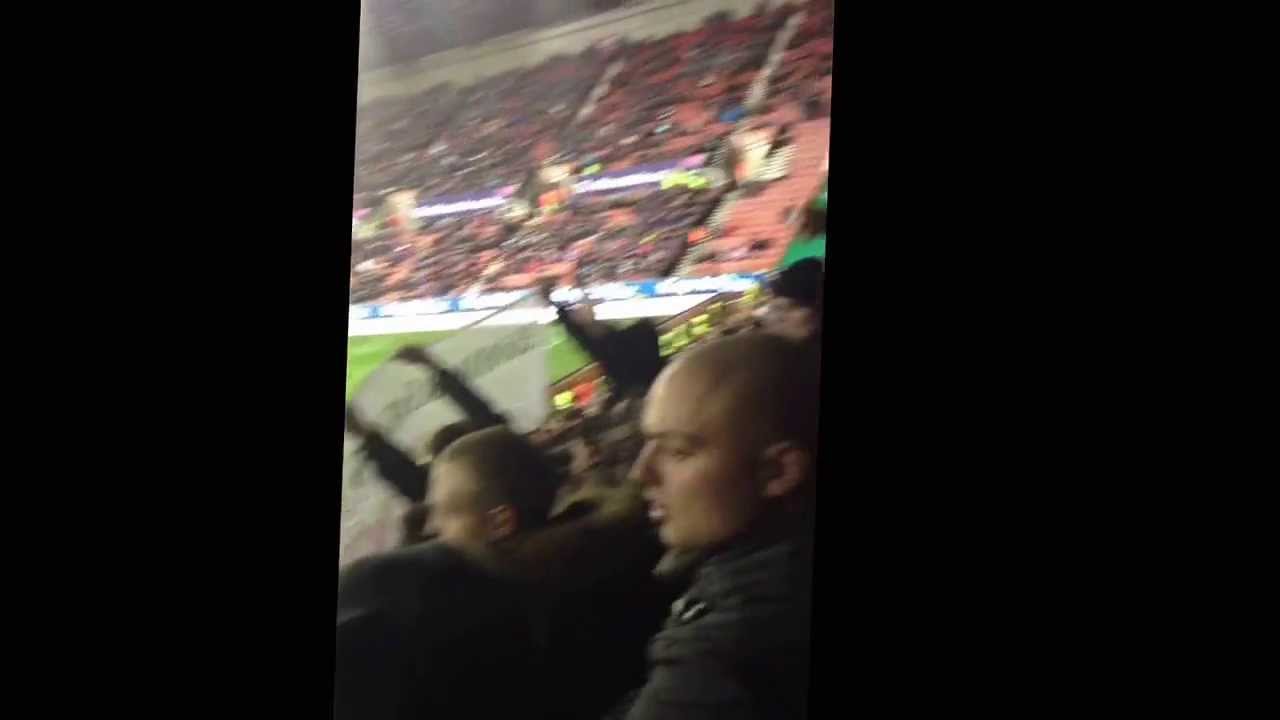