Louis van Gaal lined Manchester United up in a 4-4-2 diamond formation against Cambridge most recently to the delight of fans.

However, the performance didn’t bring the free flowing attacking football everybody had hoped, so there is every chance United could go back to the 3-5-2 formation once again.

At home, Man United are far more dangerous but as they showed earlier on this season, Leicester City are no pushover and Van Gaal will want his players to make sure that 5-3 performance never repeats itself.

Robin van Persie came off the bench against Cambridge and could come back back into the starting XI to replace James Wilson.

What’s interesting, and potentially bad, about this starting XI is the distinct lack of balance in midfield. Van Gaal has a penchant for playing Wayne Rooney deeper but accommodating him alongside Angel di Maria leaves Man United’s midfield quite exposed and very much aimed towards goalscoring. 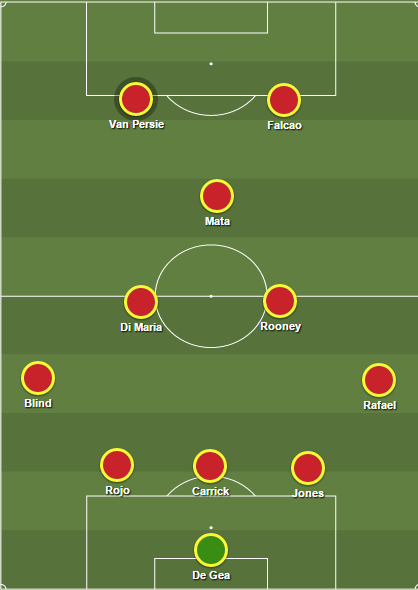